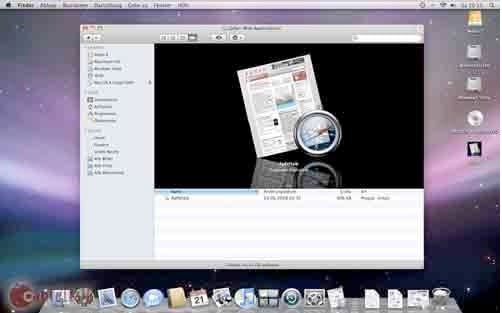 Over the weekend a German website posted several screenshots of Apple’s next OS release – Snow Leopard. These images show us that Snow Leopard – at its current stage – looks almost identical to the current OS X release…which is to be expected.

One interesting new feature found in Safari is the ability to “Save as Web Application…”. It is not yet clear if this will allow online Web Apps to run offline by completely downloading them, or if its just a bookmarking feature, but Web Apps can be added to the Dock which will allow them to be launched just like any other application.

You can click here to see all the screenshots.