by Robin Parrish 9 years ago10 months ago
2 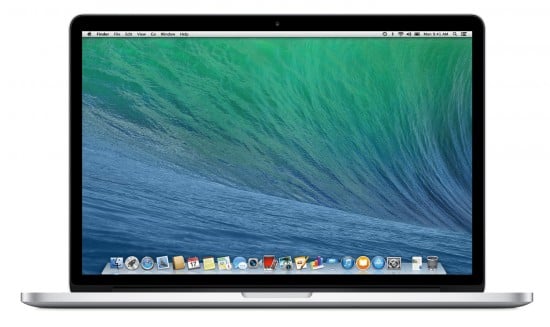 Apple surprised everyone today by slashing the price of its next big OS upgrade down to nothing. OS X Mavericks is free, and it’s available right now.

Apple highlighted the marked contrast between Windows 8.1 Pro, which retails for $199 (the more consumer-friendly standard edition is $119), and OS X Mavericks, which is being given away for free to all customers. Everyone in attendance seemed genuinely shocked by this announcement — not that Mavericks was presented at the event or even that it was available immediately — but that it’s free.

Make no mistake: this is very big news. Early versions of OS X sold for $129, while later versions were priced at just $29. Even that price brought many upgrades and improvements to iMacs and MacBooks for a considerably smaller price than the competition. But going free with Mavericks changes the game altogether.

Apple has thrown down the gauntlet against Microsoft with this move, in a big way. It’s the marketing campaign that writes itself: upgrading your PC will cost you over $100, but upgrading your Mac is free. And they’ve set a precedent here, too. From this point on, Mac users will expect all future OS X versions to be free.

Despite everyone’s initial shock, it’s not an entirely surprising move. Every new version of Apple’s mobile operating system, iOS, has been free since day one. Making Mavericks free brings the two operating systems onto a level playing field, and tells users that one OS is no more or less important than the other. They’re equals now.

It also shows Apple’s continued commitment to the Mac. I’m sure Apple’s detractors are already having fun suggesting that the Cupertino company’s OS has “such a small market share that Apple has to give it away now for it to see any success.” But I see a very savvy move here, not only ensuring the longevity of OS X, but making it easier than ever to prevent the kind of OS fragmentation that Windows and Android suffer from.

More than anything else, I believe OS X upgrades going free is about removing Mac users’ last reason not to upgrade.