Correct me if I’m wrong, but mobile Apple devices have always had that touch of “fashion accessory”. Or, at the very least, a symbol of one’s status. Whether we’d admit it or not, that element exists in some cases. 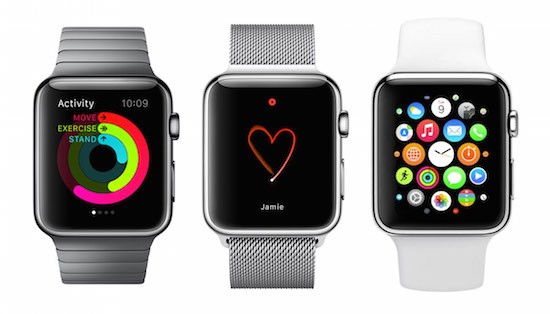 Our own Kraig Becker has made his predictions as to what we’re going to see at the launch:

(Aside: the one more thing is what I’m most interested in, as I am hoping it will be the MacBook Air Retina.)

All speculation and rumors aside, we all know that the Apple Watch is going to take Apple into unknown territory.

Yes, it’s a smartwatch, and Apple being Apple, we know that it is going to pack quite a punch.

But they’re also trying to sell it as a high end watch, and not just a “cheap“, albeit shiny, trinket to play with.

As the WSJ reports, “Apple Inc. is technology’s luxury brand. Now it is crossing into high-end fashion, with a smartwatch that blurs the lines between jewelry and gadgetry”.

That line is indeed blurred.

For long-time Apple users, it may very well be the “usual” case of anticipation in terms of:

Of course, the looks do matter, too; but I am not too sure about the high-end fashion accessory element.

Until the Apple Watch is fully available in the market, and we get to see, touch, and play with it, I suppose we can’t really definitively conclude whether it’s going to be more of a gadget or a fashion accessory, can we? Or maybe it doesn’t matter?