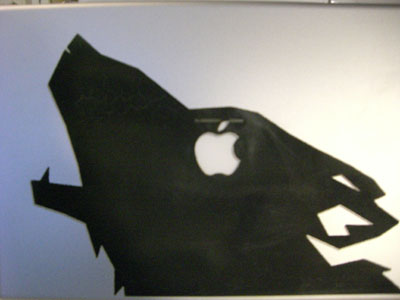 I got an email while on vacation from a Twitter friend who sent some sad and disturbing pics of what happened to his Macbook Pro. He refers to his experience as “brutal and embarrassing” and after looking at what was done to his machine I can see why.

Kevin (his name is Kevin), decided to put his logo on his Macbook Pro a few weeks after getting it. So we’re talking about a brand new machine here. He chose a company called Tattoo 4 Electronics to do the work, and if you visit their website you can see some fantastic looking examples of laser etching. I don’t know who did that work…because I don’t see how it could have been same guy that slaughtered Kevin’s Macbook Pro. 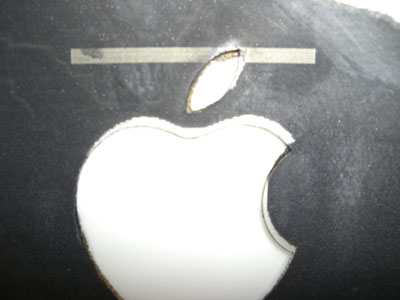 You can see in the close up picture that the etching is completely misaligned with the Apple logo, and that they managed to bend the hell out of the screen as well. 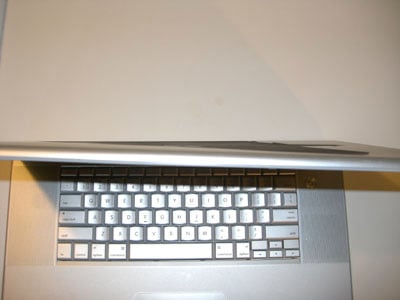 Ultimately, Kevin had to take the Macbook Pro to an Apple store (where he was mocked by the “Geniuses” – of course) and have Apple fix the machine, restoring it to its factory look (which was, understandably, not free).

NOW – after doing that horrible job on this machine, Tattoo 4 Electronics hasn’t even refunded Kevin his money. He’s going to have to take them to small claims court to get his money back.