You are here: Home / News / What’s Next From ‘Morris Lessmore’ Creators 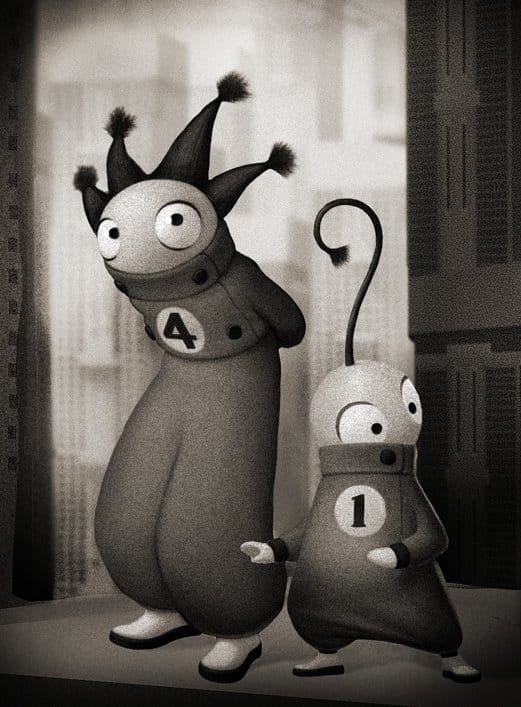 We’ve made no secret of our unabashed, schoolgirl-like adoration for The Fantastic Flying Books of Mr. Morris Lessmore, the glorious interactive book/iPad app from our friends at Moonbot Studios. Here’s your first look at Moonbot’s next big thing, The Numberlys, which should hit the App Store in time for Christmas.

The Numberlys tells the story of numbered creatures who exist in a dystopian, Metropolis kind of world where there are no letters, only numbers. Five of these numbered characters dare to invent an alphabet of letters, which of course gets them into trouble. In the app, you’ll be able to manipulate and piece together the numbers and letters in several educational and entertaining minigames. Moonbot hasn’t given a specific release date for The Numberlys, but they’re aiming for a pre-Christmas release, so in theory, it should arrive in the next few weeks.

In other Moonbot news, the short film version of Morris Lessmore has just made the shortlist for the 2012 Academy Awards in the Best Animated Short Film race. Five nominees will now be selected from this list of ten — a list that puts Moonbot’s inaugural short next to the likes of Pixar and Warner Bros. Animation. If you haven’t yet seen the Morris Lessmore short film, it’s available from iTunes, or you can stream it directly from the app.

Moonbot Studios is quickly becoming known as “the Pixar of the iPad age,” a home for quality animated entertainment, but with the forward-looking twist of interactivity that can only happen on Apple’s iPad.