What Apple TV+ Is and Is Not

When Apple unveils a new product, everyone sits up and listens. That’s what happened in March when the giant tech company’s CEO Tim Cook announced the arrival of Apple TV+, a video streaming subscription that will be available in the autumn of 2019. The news was greeted with feelings ranging from excitement to apathy to disbelief and cynicism.

Naturally, comparisons and speculations of Apple TV+ with Netflix arise. Being the top-earning streaming service to date, with a revenue almost $16 billion in 2018, Netflix has a store of licensed TV shows and films, and its originals. Overall, video on demand viewing, such as those provided by Netflix, Hulu, Amazon Prime, and soon, Apple TV+, has become the preferred service of most people, especially the younger ones.

However, quite a few users still favor torrenting for the freedom of choice it gives for free, without limit to the brand of devices. Apple TV+ has to come up with more original shows to entice viewers to switch. But with 1.4 billion devices currently in use, and the Apple TV app preinstalled in them, the step towards subscribing is smooth.

It’s still not clear to many what exactly the Apple TV+ is, with other products around, like Apple TV app and Apple TV Channels. Here’s a (hopefully) plain and easy to understand description. 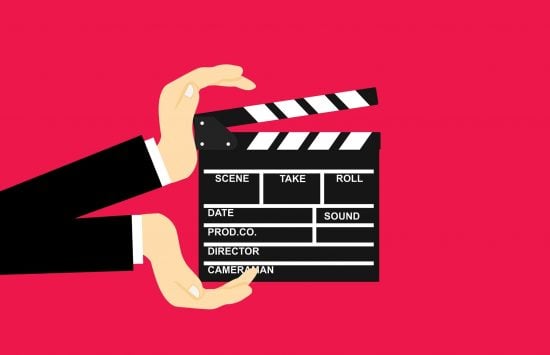 What Apple TV+ is:

1. A video streaming subscription service for TV shows and movies. It will launch in fall of 2019 in the US and will follow in more than 100 countries.

2. Its competitors will be Netflix, Amazon Prime, Hulu and soon, Disney Plus. But unlike Netflix, it won’t have a library of licensed TV shows and movies.

3. A subscription will give you access to Apple original shows and films. Several programs are in the works, with big name stars and producers.

Among them are Oprah Winfrey’s documentaries on workplace sexual harassment and mental health, the latter to be a series co-created by Prince Harry, and a return of Oprah’s Book Club; Reese Witherspoon and Jennifer Aniston in a morning show series; Steven Spielberg’s reboot of Amazing Stories. Expect to see shows with Chris Evans, NBA player Kevin Durant, Sean Connery and Brie Larson.

4. Shows on cable TV networks HBO, Starz and Showtime will be available on Apple’s video subscription if you pay for them. Only Apple originals come free with the service. Obviously, Netflix won’t be participating in any sharing agreement.

5. A subscriber can share the service using Apple’s family sharing feature, which is currently in iTunes, Apple Books, Apple app purchases, iCloud, photo albums, and even Find My Phone.

6. It will be accessible through the Apple TV app. The shows on Apple TV+ can be viewed through the ATV app on all Apple devices – Mac computers, iPhones and iPads. It is still not yet known if the streaming service and its original shows can be viewed on Android or Windows, or on widely used web browsers Chrome, Firefox and Microsoft Edge.

7. Since Apple revamped its Apple TV app in May, it will soon be available on other devices such as Roku, Amazon’s Fire TV, LG, Samsung, and Sony. Chances are, the Apple TV+ can be played on them if the Apple TV app is installed.

8. It’s a Johnny-come-lately, but might just beat the rest, as its iPhones and iPods did.

What Apple TV+ Is Not:

1. It’s not the TV app or the TV Channels, also Apple products.

2. It has not released its pricing schemes or the programs it will release on launching. Its biggest competitor has seen 4 price increases in 4 years, now making its premium service $15.99, and its standard and basic at $12.99 and $8.99, respectively. Apple is not known to be cheap, so the guessing game is on.