Thin and Curvy: The Case For a Curved Screen MacBook... 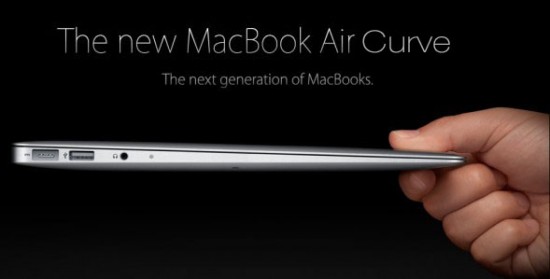 Ever since its launch, people have loved the amazingly thin design of the MacBook Air. As time has progressed the ultra-thin notebook computer has gained features and become more and more useful.

With the expected inclusion of Retina screens coming in the next refresh, one has to wonder what else Apple will include. While there’s no signs right now, there are some solid reasons why a curved screen MacBook Air makes sense.

First and foremost, the idea of a curved screen MacBook Air would be incredibly useful for cooling a fanless MacBook Air. If the screen was curved the rest of the thin body could carry the same curve, making it not sit flush with anything underneath it.

This would give the MacBook more room to radiate heat without the need for a fan, especially when sitting on a desk or lap.

Rumors have abounded lately about a 12-inch MacBook Air that is lacking an internal fan. This means something has to be done to give the machine more cooling capability and a curved body could do just that.

RELATED: What to Expect from Apple in 2014

If Apple does decide to go with a 12-inch Retina MacBook Air a curved screen would give a much more immersive feel than a standard flat screen. The slight curve would mimic the effect of having multiple monitors set in a semi-circle on many desks while keeping a very small footprint. 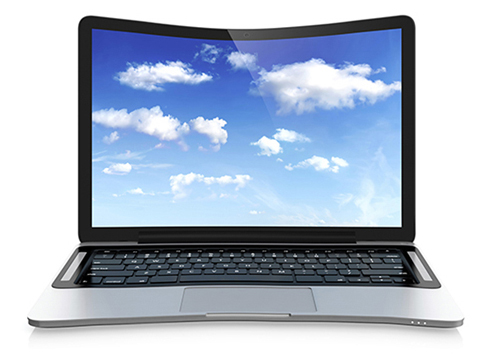 A curve allows for screens of the same physical size to produce a wider field of view, making a small notebook seem bigger than it really is.

SEE ALSO: Microsoft Office for the iPad is Finally Released

With a completely curved MacBook Air, bags could become thinner and more form fitting to transport the notebook. These could be form-fitting backpacks or standard notebook bags that have a curve to fit against a hip better.

Just like the envelope that Steve Jobs pulled the original MacBook Air out of, cases could not only be thin, but much more confortable than they are today.

Why it Could Happen

Apple tends to not follow trends but instead to set them. There has been much talk in the past few months centered around patents Apple has applied for and been awarded that run the gamut from curved displays to curved batteries.

While Apple gets many patents that don’t amount to much, these both together seem to speak volumes about Apple’s plans for sleeker devices that have a slight curve. 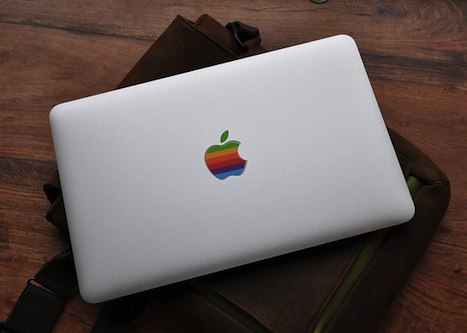 Most passengers on the Apple rumor bus seem to believe these patents are all about new iPhones and iPads, but the technology could easily be applied to a notebook, especially one as thin as the MacBook Air.

There’s yet to be a crystal ball out there that can see into the future of Apple so all we have is speculation and wild ideas for now, as well as the hope that one of these wild ideas actually gets created by Apple. Could a curved screen MacBook Air become a reality? Definitely. Will it be in the next update to the ultra-thin notebook? Probably not, but who knows, maybe we’ll have a curved MacBook Air to go with our new iPhone 6 in the near future.

SEE ALSO: Is Sapphire Really the Best Choice for the iPhone 6 Screen?