Then and Now: How Apple Sold Computers 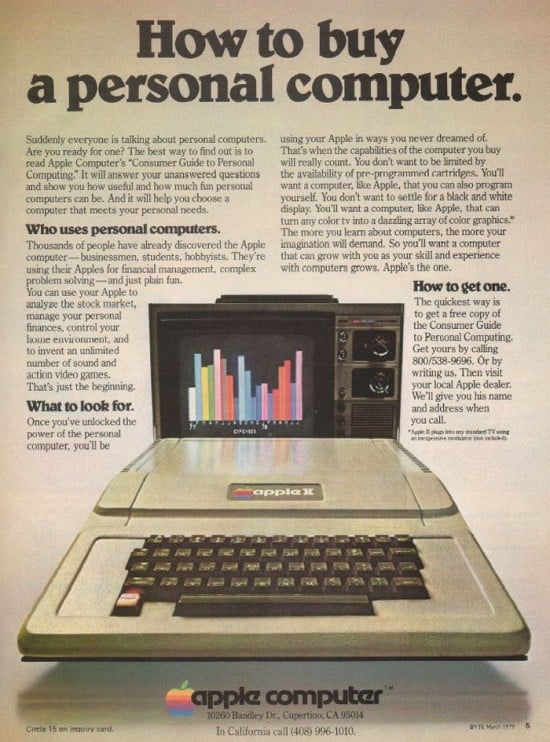 I heard from a distributor that although we’re exiting 2011, Apple always requests every region to come out with print ads and priority seems to be placed here, compared to online spending. Whether this is attributed to the age and inclinations of their overall marketing head, their print ads do say something about how they have evolved into a more minimalist take, attributed to the designs of Jon Ives and Steve Jobs’ fascination for zen minimalism, which if you read his biography, became rather apparent in the home space.

The “beginning” offered pretty much the same advertising spiel as most companies in the 70’s. Long blocks of text with a strong power of suggestion. Apple was like most other companies. In fact, you should check out their line of souvenirs and merchandise.

The tipping point was of course Apple’s thematic campaign with their 1984 Big Brother commercial that brought the company’s marketing towards a clear path. Call it serendipity but it was also in the mid-late 80’s where the minimalism trend for pop culture and design rose. Whites, lines, and simplicity were the buzzwords of that decade and it was also around that time Apple released their ‘Mac Charlie’ series as pictured below. 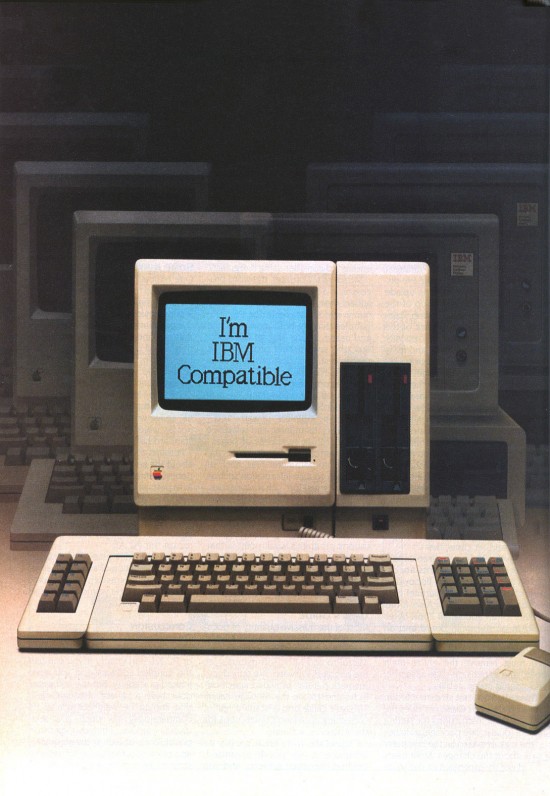 And so it stuck. Apple has always been a product-centric marketing effort, with saying more by showing less. The iMac, the Cube, the Powerbook, MacBook and so forth. You may argue this, but it seems like all of Apple’s minimalist ads in the late 2000’s would tend to lead people to watch Jobs’ Keynote or immediately hold these devices for themselves at the Apple Stores with Geniuses on standby. 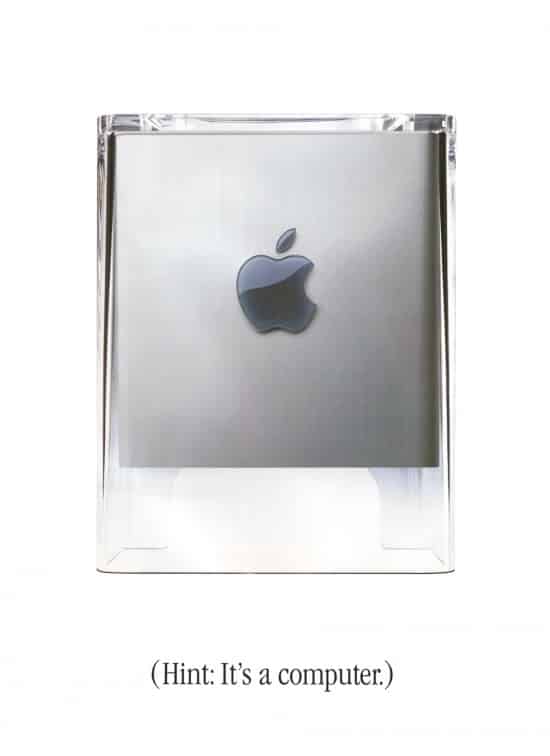 With the rise of the MacBook and the switch to Intel, the industry seems to have caught up with Apple by presenting a milieu of ultrabooks from Lenovo, ASUS and Acer and has thus been turned into a war with price-point and specs.

I honestly think that consumers have held on to Apple’s 1984 proposition till today. But 1984 was a long way gone. From “here’s to the crazy ones” to patent lawsuits, it seems Apple may need to reinvent itself for this next decade.