The Rumor that just won’t Die – Death of the...

by Michael 15 years ago3 months ago
5 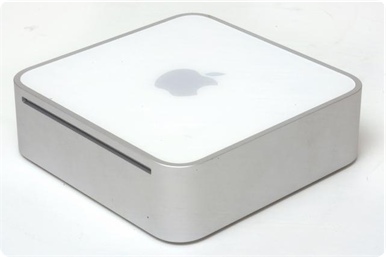 According to Apple Insider Apple has told some of its channel partners not to expect any more shipments of its current Mac mini configurations. So, of course, that means that the Mac Mini is dead.

However, the rumored death of the Mac Mini is one of those rumors that is going to continue to be talked up until it eventually happens at some point in the future. Having said that, I won’t be surprised if the Mac Mini line evolves and is renamed the Mac Nano. That’s the other rumor that just won’t die, and it makes sense.

It would create “synergy” (sweet mother of Pete, I hate that word) between the Mac and iPod lines, and Apple has already shown a precedent of this when they renamed the iPod Mini as the Nano during its second generation.

I do sincerely hope we see a redesigned mini in the very near future. I’m trying to decide what to do to replace my first generation Mini right now, and a new mini or mac nano would be a much less expensive purchase than an iMac. It makes sense for us to see something like this around the release of Leopard – so we could see something of this nature by the end of the month.