We all get addicted to one or two, or even three, iOS games, and I dare say that Temple Run is one of those. While the game itself may have lost its appeal for some (I don’t see it all over my Facebook feed anymore), the basic concept of the game is what attracts players; hence spin off games. 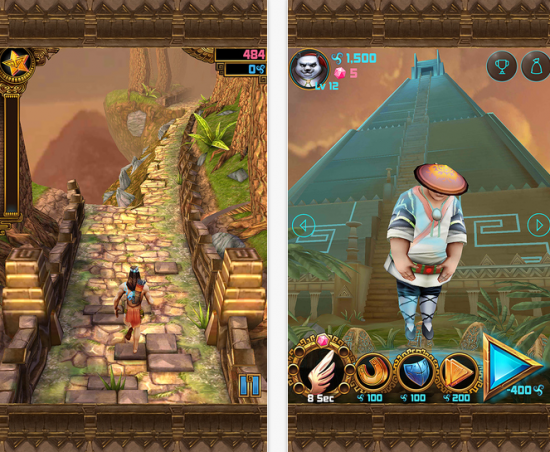 One of those games is Spirit Run, which was recently released. One might say that for a spin off, it’s a little too late. However, there are some aspects of the game that might just get you interested – aside from the fact that the game is available for free for a limited time.

Spirit Run is not all based on the concept of just running around making sure you don’t get caught or fall or hit a branch. Made RetroStyle Games, the makers of another hit game, Zombie Run, Spirit Run has some story to it. You need to go through ancient rituals, transform your soul into that of an animal’s, and help your brood defend the Aztec Temple from the apocalypse.

Some more features of the game:
– Five characters to choose from (each morphs into a unique temple creature)
– Transform into and run with Wolf, Fox, Bear, Panther, and Panda
– Epic landscapes and dynamic action
– Gorgeous graphics
– Protect the Ancient Aztec Temple
– Level-up your Spirit and run in search of Soul Energy Balance

So yes, it does offer quite a different experience. And, for those who appreciate good graphics AND the Aztec culture, this game will be a sight for sore eyes. I just don’t know how sore your ego would be if you don’t do well…

The game works for both the iPhone and the iPad, and as I said, you can download it for free – for now – so go on along and try out a new game.