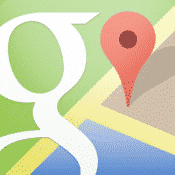 Google’s long-awaited, home-grown Maps app for iOS is here, and let’s just cut to the chase: it rocks. Google Maps might just be the best map app known to man.

There’s one caveat to Google Maps, and I’m going to get it out of the way right off the top. There’s no iPad version yet. For the moment, it’s iPhone-only. That’s it. That is the one and only bad thing I can say about Google Maps. Everything else is solid gold.

But this is so much more than the long-awaited return of Google’s maps to iPhones. It’s not just better than Apple Maps. It’s better than any other maps app I’ve ever used. It’s way better than the old Maps app that used Google’s data. It’s as if Google decided that if they were going to do a maps app for iOS, they might as well look at all the complaints (and the few pluses) about Apple Maps, all of the best parts of every other maps app out there, and improve on them all. The interface is a thing of beauty; it’s just the kind of clean, simple interface that Apple fans appreciate. Gestures are used for pretty much everything, and speedy animations make the experience fluid and fun. Satellite view and Street View are both here, but surprisingly, Google actually took a page from Apple Maps for the standard view. Instead of just pulling in Google’s web app data for standard views, it uses brand new vector-based graphics — one of the few things that Apple did right. Not only are these images more aesthetically pleasing, they load a heck of a lot faster, too. Everything about Google Maps is quick, by the way. Even Street View somehow loads lightning fast. (I adore Flyover, but man does it load like a snail.)

Public transit and walking directions are here, traffic data is included, and so are those all-important turn-by-turn directions. It’s kind of ironic that this key feature — the main reason Apple ditched Google to begin with, in favor of creating its own maps — is one of the headlining features of Google’s new app. Why Google never allowed Apple to use its own turn-by-turn data in the original Maps app that came with iOS, I have no idea. But whatever the problem was, Google’s tossed it out the window, because here we are with spoken, turn-by-turn built right into Google’s app. Am I the only person that finds this curious? Some nifty extras are built in as well, including Zagat reviews of local restaurants and indoor views of places where they’re available, like museums. Google is even releasing an SDK just for their iOS Maps software. This means that third-party apps that rely on maps to function will have the option of not using Apple’s default maps, but Google’s instead. Smart move, Google.

We all expected the new Google Maps to best Apple on the data front. It was a given. What we didn’t expect was for Google to create an app that’s this fast, this well designed, or this beautiful.

I’m an Apple fanboy through and through, so in a way it pains me to say all this. And don’t get me wrong — there are parts of the Apple Maps experience that I still like. But there’s no point in denying that Google knocked this one way out of the park.