SD support on iPad 2 no more than a rumor 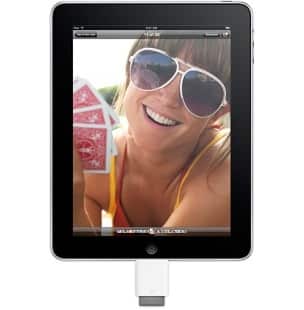 Rumors have been swirling about what will and won’t be included in the iPad 2. One of the earliest rumors was SD support which was supported by cases leaked from third party manufacturers in China. The addition of an SD slot would have obsoleted the camera connection kit as iPad users could have transferred data directly their memory card.

However, a source speaking to Apple Insider has said that the purported SD slot on the iPad 2 is in fact a reposition of the SIM card slot. 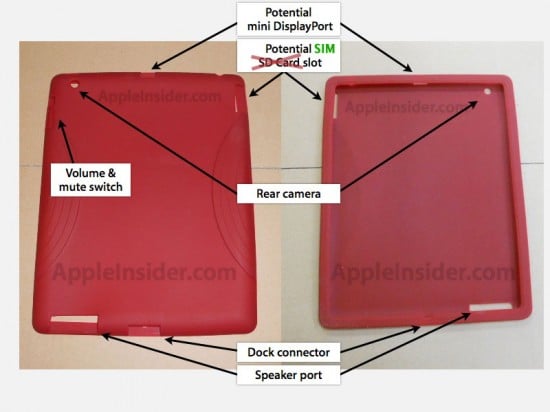 In a mockup analysis of all the openings and recesses in those cases, it was speculated that that left-side opening could represent the much-rumored SD Card slot. However, a person that AppleInsider trusts on matters such as these has since rebutted that notion, stating instead that the break in the next-gen iPad enclosure at that location is actually a relocation of the tablet’s SIM card slot.

That may explain why some of the other next-gen iPad casings making the rounds don’t sport the same opening, as users of 3G iPads aren’t likely to need ready access to the SIM slot on a daily basis. And like Gruber’s sources on the subject, the same person referenced above gave no indication that there’s an SD Card slot elsewhere on the device.

Repositioning the SIM card slot would streamline the iPad’s internal design. Moving as much internal electronics as possible to the top of the iPad gives Apple more room to expand the battery and create a skimmer enclosure.

The SD card addition was first rumored when a case sample with a large cutout on the bottom made an appearance. The size was perfect for an SD card and was thought to either be a slot or some sort of snap-in mechanism. This was later dispelled when a rumor arose that this section would be dedicated to an improved speaker. This was further reinforced when the iPad 2’s supposed back cover was revealed at CES with a speaker grill in the same location.