Next Generation iPad To Be More Like The iPod Touch?

by Tanner Godarzi 12 years ago8 months ago
1 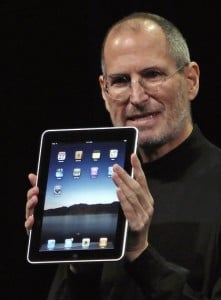 In keeping with its yearly cycle of hardware refreshes for iOS devices, Apple is already hard at work on the next generation iPad. New details are emerging about the device and it could mimic the iPod Touch more in appearance.

Rumors have swirled about the next generation iPad and new details are emerging. AppleInsider reports the next generation iPad could receive a slightly smaller bezel (shrunk by 3 mm on all sides), a shiny, flat backing which would imitate the iPod Touch and a wide range speaker which would occupy more space along the bottom. Also, Apple could ship the iPad a month early.

Production of the new iPad has allegedly already begun, with a tentative shipping date of mid to late January, the report noted. Recent reports have suggested that Foxconn will begin shipping the iPad 2 to Apple in January or February. Apple could ramp up production capacity of the iPad to as much as 6 million per month.