Pebble Joins the Fray, Takes a Shot at the Apple...

Taking potshots at Apple seems to be the in thing today. From Samsung making ad after ad after ad to #Bendgate tweets (from brands and “common” people alike), it doesn’t look like Apple’s going to get a break any time soon. Especially with its big mistakes with iOS 8.

Now, Pebble has entered the arena of poking fun at the UK’s most popular brand, taking things to its home page, no less. 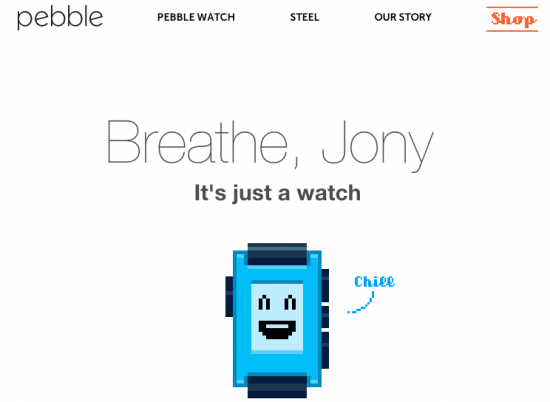 The product of Kickstarter, Pebble was one of the first to enter the smartwatch market. One has to admit that their homepage is funnily snarky. But I dare say that the same thing can be said about the Pebble: it’s just a watch.

I say this because I only used my Pebble for a few days before I decided to sell it online. Why? Because the only thing it did for me was to make me feel like Pavlov’s dog every time a notification came in. I still had to take my phone out of my bag! And if I had several notifications come in without me having read the previous ones, it’s just one heck of a pain in the butt.

Then again, that was one of the earlier versions, so the user experience might be better now, but I don’t think I am going to get any smartwatch in the near future. Apple says there’s an Apple Watch for everyone, but from the looks of this first batch, I don’t quite agree, looks-wise. 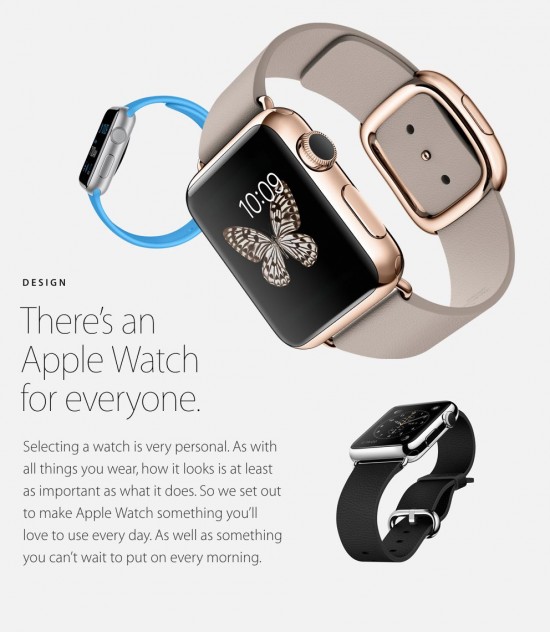 What Apple promises, though (Messages, calls, and mail. Tailored for your wrist.), is something else. If Apple Watch does deliver on those features and makes the smartwatch experience much better than the Pebble, then it’s a whole new story.

Still, well played Pebble. Well played. Oh, and the company has taken their prices down to $99 and $199 for the Pebble and Pebble Steel, respectively. That might just make people think twice before paying $350, which is what the Apple Watch will cost, supposedly.

So, what do you think? Pebble or Apple Watch?