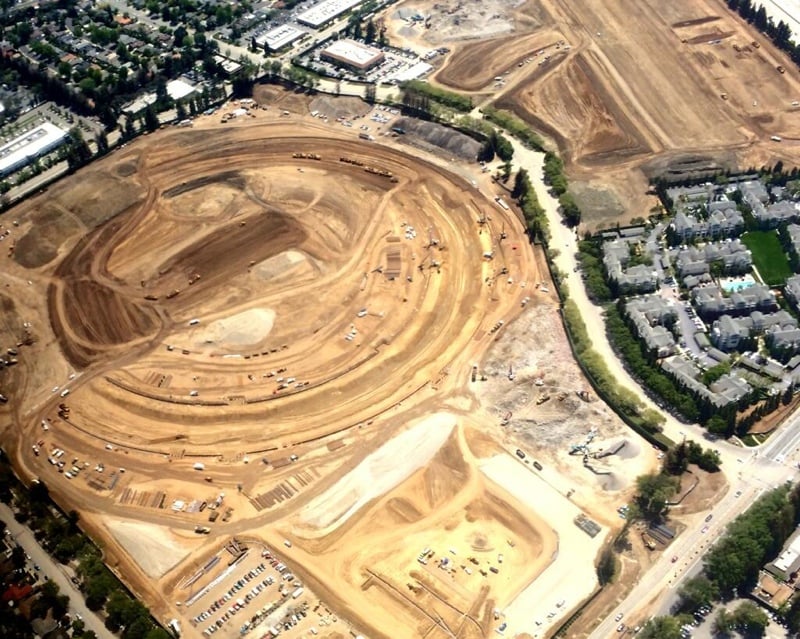 When plans for the new “spaceship campus” was announced, it seemed everyone couldn’t stop talking about it. But as these things usually go, people forget after a while and go on with their lives.

And then the topic comes up again, with people wanting to know what progress is being made. I don’t know if you have thought about the spaceship campus recently, but whatever the case may be, you will not want to miss out on these new aerial photos shared by @Sky1Ron, news and traffic reporter for KCBS in the San Francisco Bay Area.

This was taken end of May.

Apple’s HQ as we know it now.

More on the Spaceship: