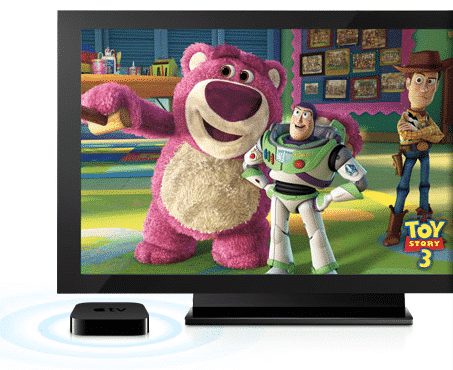 When Apple decided to make the push to 99-cent rentals on the AppleTV and other iOS devices, I thought that was a pretty good plan. After all, I don’t ever purchase a DVD or download of a TV show unless I really love it, and even then, it’s rare. So for 99 cents, I could potentially disconnect my cable and rent every show I watch. I imagine many other people had the same idea.

But it turns out that NBC isn’t in for the ride. According to CNet, they think Apple is undervaluing the content.

NBC Universal is afraid that the Apple TV service will “devalue” its content and has no plans to bring its shows to Apple’s set-top box anytime soon, according to the Reuters news agency.

“We do not think 99 cents is the right price point for our content,” NBC Universal CEO Jeff Zucker said at the Goldman Sachs investor conference yesterday. “We thought it would devalue our content.”

Has anyone seen the previews for NBC’s newest comedy, “Outsourced?” 99 cents is a gift for that show, which I would never have the slightest interest in watching.

Look, NBC needs all the help it can get. Yes, it’s got The Office, but that jumped the shark two seasons ago. 30 Rock is good, but not good enough for me to TiVO. And then there was the amazing decision to stop Law & Order’s run just one year away from breaking a record, to replace it with – get this – Law & Order Los Angeles. Brilliant.

I have a feeling NBC will change their mind.