iPhone 5C: The Phone on Fire

The Girl on Fire is one heroine worthy of being emulated by kids the world over, but a phone on fire is a totally different matter. Not that it’s a new thing – we’ve heard of phones, tablets, and laptops bursting into fire for one reason or another, but the latest occurence involves an iPhone 5C. 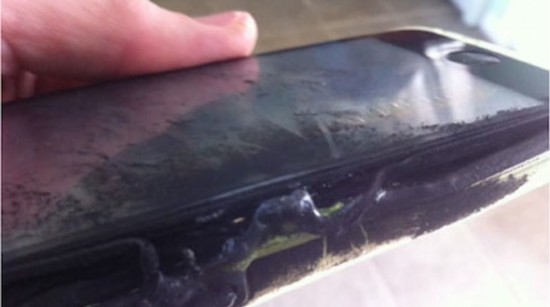 Geek.com reports that an iPhone 5C caught on fire while in the back pocket of a 13-year-old girl. The fire was nothing to ignore as it resulted in the girl having to be treated for second degree burns.

What was the reason for this particular iPhone 5C catching fire? There is no definitive answer in this case, but when these things happens, the blame is usually placed on cheap third party parts replacements.

The girl’s iPhone 5C was only 2 months old, though, so it is unlikely that third party parts are responsible. It might actually be that the unit itself was defective from the get go.

One possibility: since the phone was in the back pocket (with the girl sitting down), the battery (or some other part) might have been physically damaged.

Lesson learned: don’t put your phone in your back pocket. Not only would you be avoiding getting your butt burned, but you’ll also frustrate pickpockets who are on the lookout for easy pickings.