You are here: Home / iPad / iPad 3 Already Sold Out 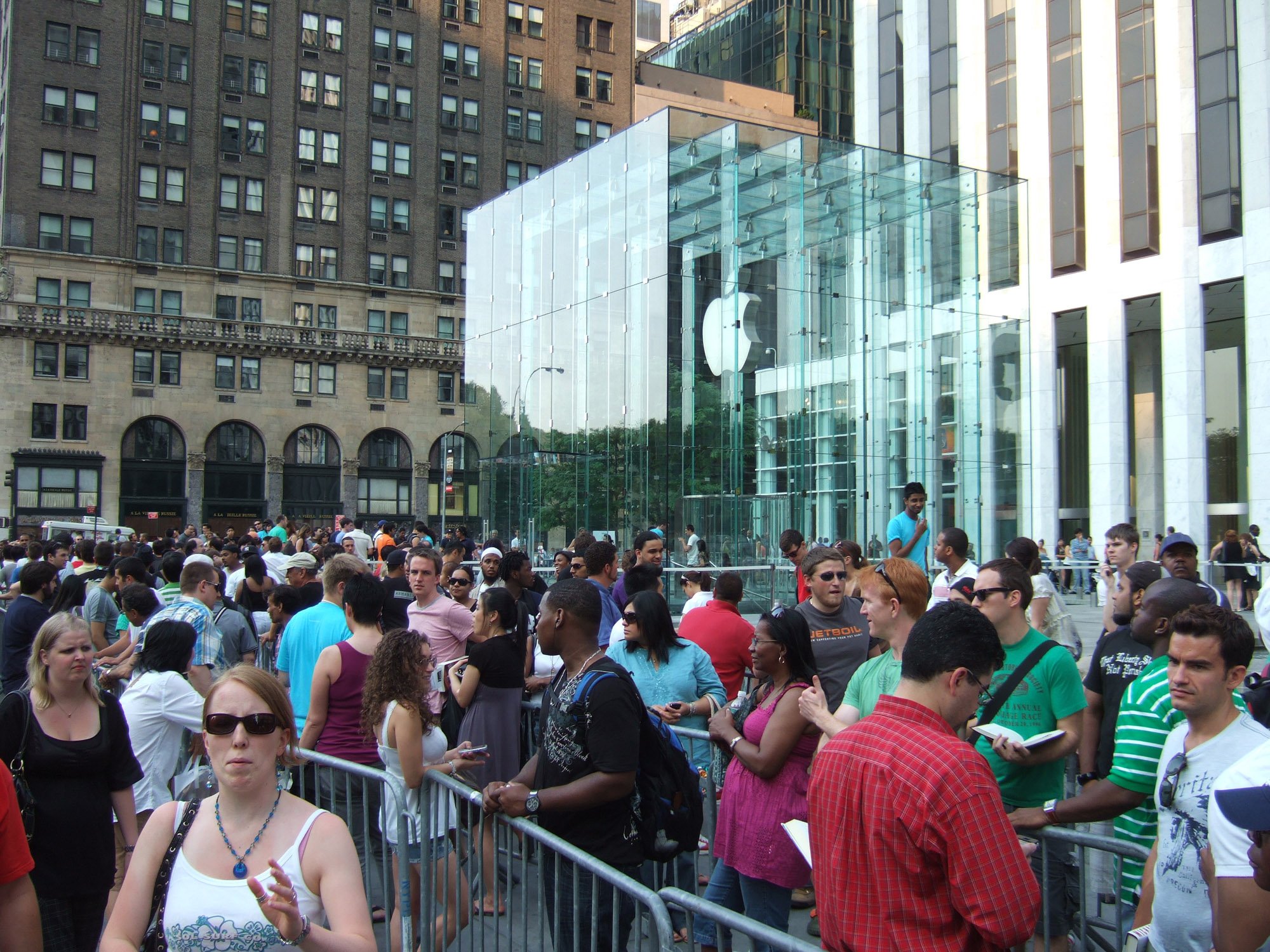 A line outside the 5th Avenue Apple Store in New York, in 2008

If you weren’t one of the lucky few who were able to connect to Apple’s online store last Wednesday and order your iPad 3, you may not be able to get one for a while. Demand for the new iPad is so high, delivery dates in some places have been delayed by weeks.

Apple told USA Today that “customer response to the new iPad has been off the charts and the quantity available for pre-order has been purchased.” Meaning: unless you want to get in line now outside your closest Apple store — which some consumers are reportedly doing — you’re probably out of luck. For the moment. U.S. customers ordering iPad 3s online are receiving estimated delivery dates of March 19th and beyond, while European customers are being given estimated delivery dates up to three weeks away. Insiders are saying that U.S. customers soon will very likely face three week delays as well.

A certain amount of iPad 3s have been set aside for stocking Apple Stores on March 16th, but those are expected to go just as fast as their online counterparts, if not faster. So the hardcore are taking drastic measures, pitching tents and lounge chairs outside Apple Stores to queue up for launch day. Should you decide to bum off from work and try your luck in a brick-and-mortar line, you should be aware that current rumors suggest that some (maybe even all?) Apple Stores might open early, at 8:00 a.m. on March 16th, to accommodate the high demand.