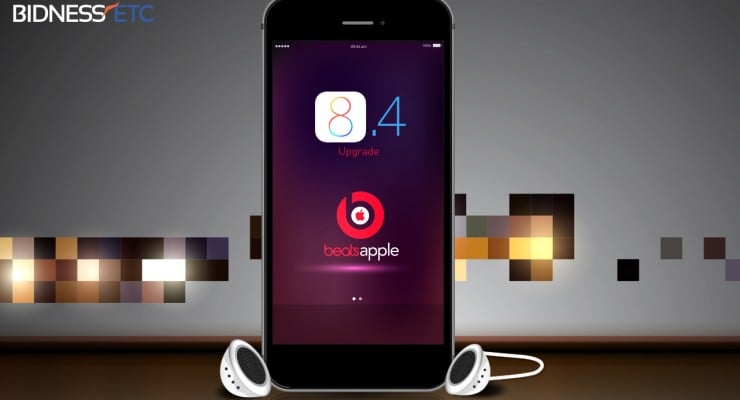 The iOS 8 adoption rate has skyrocketed quickly recently to 81 percent, according to Apple. This data was measured by the App Store on April 27, 2015. iOS 7 holds a 17 percent share, while earlier versions are only at 2 percent.

With a huge majority of iOS users on iOS 8, anticipation is building up for iOS 8.4, which is already available for beta users. However, in usual Apple style, we do not know exactly when iOS 8.4 will be released.

Speculation points to June, but definitely not before WWDC, which is to be held on June 8th. At the same time, it is expected that the next mobile OS, iOS 9, is going to be announced during the event.

Why is iOS 8.4 significant?

There is the Beats Music service, which should be available to a certain degree. Apple is still in negotiations regarding licensing deals, and the company might not be able to get everything in place by June. Still, it is highly likely that Beats Music will be presented at the event.

And, as usual, we should be seeing bug fixes and a new music app to iOS 8.4. This points to the idea of the latest update leading up to the next big OS upgrade – iOS 9.

When are we likely to see iOS 9? If iOS 8.4 isn’t going to be release by late June, then fall is the earliest we’ll see iOS 9.

What can we expect from iOS 9?

More stability and improved performance is the general consensus, Mark Gurman of 9t05mac also says that the new iOS will “include a redesigned Siri application that closely mimics the more colorful user interface of Siri on the Apple Watch. We’re also told that the new release has a default wallpaper made up of a blue and green color scheme. Apple has also been working overtime on major security improvements.”

Also read: What Other Apple Products Will Ship This Year?