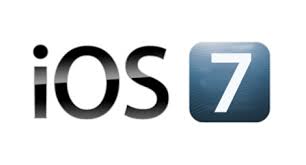 As Apple rumors go, this one is quite interesting. There has been a lot of anticipation for the supposed launch of the iPhone 5S this summer, but more interestingly, there are reports that the development of iOS 7 has been experiencing delays.

An article from Apple blogger John Gruber, cited an unnamed source that said the team responsible for developing iOS 7 is very concerned about the delays that they have asked the help of engineers assigned to the Mac OS X 9 development team to help keep the iOS 7 development schedule back on track. Based on the schedule, iOS 7 is supposed to be shown at the Worldwide Developer Conference, which is usually held in the month of June.

Gruber wrote that Apple fans can expect a “significant system-wide UI overhaul.” The revamp is reportedly so different that engineers field testing the iOS are using polarizing filters on their displays to prevent other people from getting a glimpse of the operating system’s new look.

A revamp of iOS’ look is long overdue. It’s been the same look we’ve been seeing for years. The new look also jives with the report that Jony Ive has taken the helm in the redesign, opting for a “flat design”.

The big question is, would a redesign of iOS 7 bring in new customers? With stiff competition being raised by many Android phone manufacturers, especially Samsung and their constant innovations, Apple needs something exciting to bring back the kind rabid interest the iPhone  used to enjoy. Yes, the iPhone is still a hit but interest in the product has been slowly waning.

Are you looking forward to seeing what iOS 7 would look like?