I Believe in Magic: Apple Files for Magic TrackPad Trademark 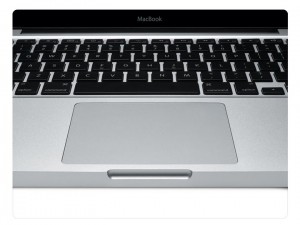 I was at my wife’s desk the other day and I had to use her Dell laptop to look up something online. Out of reflex, I placed two of my fingers together and drug it up and down the trackpad to try to scroll up and down the webpage. Turns out, Dell doesn’t have that feature. Crappy.

Of course, the MacBook does, as does the Magic Mouse, which I’m not a fan of. I’d like it if it fit in my hand, but otherwise, not so much. Regardless, both use multi-touch technology, which is part of Apple’s big push at the moment. Patently Apple has discovered that Apple just registered for a trademark for the term “Magic TrackPad.” From the article:

On February 26, 2010, the US Patent & Trademark Office published Apple’s latest trademark application for the all new “Magic TrackPad.” While Apple’s trademark filing only covers International Classification 009, it should be noted that Apple covers some very interesting elements under this classification, such as: Touchscreens, Light Pens and Graphics Tablets. In July 2009, Apple was granted a patent for a trackpad that never came to market which covered advanced imaging, infrared & optical emitter-detector sensors that could be used in future iterations of Apple notebooks. The question now becomes, is the “Magic TrackPad” related to the upcoming MacBook refresh or an iPad accessory that will address graphics and light pen text generation. Let the speculation begin!

I’m not sure exactly what Apple has in the works, but with $40 billion to play with, I’m sure they’ve got a few ideas.