Going to George Fox University? Pick an iPad or MacBook 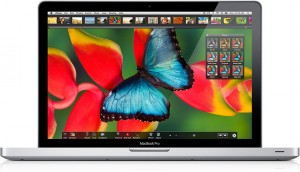 When I went to college, I had a laptop. It was nice, and pretty, and never went to my classroom because I figured that everyone would think I was a tool for using a laptop in class. Turns out, that’s not the case today. In fact, laptops are encouraged in many lectures, and it makes sense. I know I type faster than I write, and in theory, you could record lectures as well. But that’s not where it ends.

That’s because if you’re an incoming freshman at George Fox University in Oregon, you get to choose between an iPad and a MacBook for school. Seriously. From their press release:

The decision to offer a choice puts George Fox on the cutting edge of technology in higher education circles, according to Greg Smith, the universityâ€™s chief information officer.

â€œWith this, weâ€™re basically asking students â€˜What computing system will work best for you?â€™â€ Smith said. â€œBy giving them this option, they can choose between the iPad, a mobile device known for its networking and E-textbook capabilities, or the laptop, which offers more computing horsepower.â€

Turns out, George Fox has supplied computers to new students for years, and it’s even included in the tuition.

Now were I offered this choice, I’d pick the MacBook all day long. Yes, the iPad is neat and all that, but you’re going to accomplish more school work on the MacBook, and be able to use it for more things. The iPad just doesn’t appear to be the multi-tasking tool that many wanted, and for me, that’s just not the best choice for school.

But no matter what they choose, I’m jealous. My school didn’t even come with a free hat.