by Noemi 9 years ago5 months ago
1 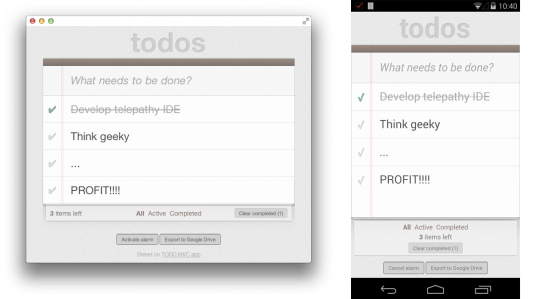 Last year, on the 5th birthday of Chrome, Google unveiled a new breed of Chrome Apps for the desktop. These apps were made available to all platforms, although Mac was initially excluded. They did make a difference, though, highlighting the following features:

This week, the team is going one step further – and wider – by foraying in the mobile market. Chrome apps are now coming to iOS – and other platforms.

In a blog post, Andrew Grieve, software engineer, shares that they are “expanding their reach to mobile platforms with an early developer preview of a toolchain based on Apache Cordova, an open-source mobile development framework for building native mobile apps using HTML, CSS and JavaScript.”

While this is an early developer preview, they have provided tools and necessary information that will get the early birds going.

For users, the bottom line: we’re going to see Chrome apps in the App Store soon.