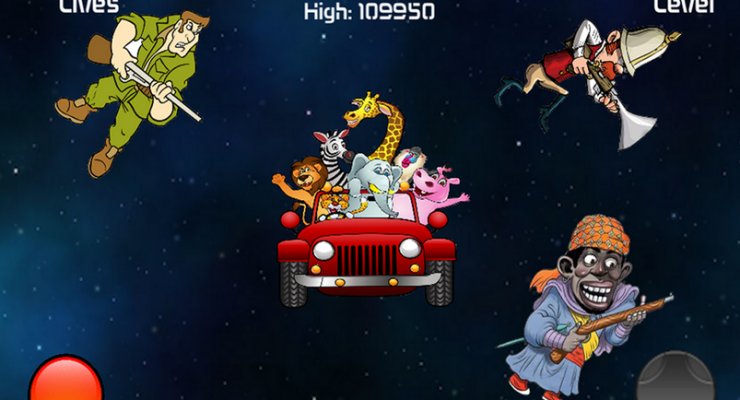 When news about Cecil the Lion’s death in Hwange Game Reserve broke in July, thanks to unscrupulous big game hunters, American dentist Dr. Walter James Palmer (allegedly the killer) found himself the object of worldwide ire.

Months later, the Cecil is not forgotten.

Mobile game developers have taken things into their own hands by doing what they do best – create a Cecil the Lion app. Officially named “Cecil’s Revenge”, the game gives people the chance to put on animals’ skins and give humans (at least the illegal hunters) a dose of their own medicine.

Players can be lions, giraffes, elephants, and other wildlife and have their own weapons. The humans become the prey.

The gameplay is reportedly akin to Asteroids, with Cecil and his gang in a truck and the big game hunters float around them.

According to a report by TMZ, Cecil’s Revenge has been turned down by Apple citing “its rule that enemies in games cannot target a specific race, culture, real government or any other real enemy. Apple believes hunters and poachers are part of a specific culture”.

Google, on the other hand, thinks Cecil’s Revenge is just fine and has made the game available at the Google Play Store. Its description:

“Cecil’s death empowered us to do a game where animals shoot at the poachers for a change. We have the animals shooting while flying through space for a reason. It has to do with drones and satellites. These modern technologies could track the animals and also track the poachers if they kill another Cecil,” says Kotkin and Cutler. Proceeds from “Cecil’s Revenge” will help fund technology such as drones and satellites that would stop illegal poaching.

Apple’s strict rules with regard to app approval is no secret, but is this case justified? What do you think?

Here’s another app for animal lovers: Walk for a Dog App Will Make You Feel Good In More Ways Than One