Even though the launch for the Apple Watch has no definite date yet, we are already seeing signs that it will not be ignored by accessories manufacturers. If CES 2015’s offerings are any indications, some manufacturers may even be putting their money on the Apple Watch’s success.

Standzout, an accessories manufacturer founded in 2010, has revealed the Bandstand Apple Watch Dock. While it is not unknown for these companies to design and create Apple cases and docks before the actual gadgets are released, Standzout has a reputation for successfully unveiling products at CES. In fact, they made the spotlight in 2011 when they debuted the hands-free iPad floor stand, the first of its kind.

From Apple devices, they have branched out to cater to other devices like the Kindle, Microsoft tablets, and Samsung tablets.

Their hearts seem truly close to Apple, though, and the company once again put on display a “first of its kind” product – the Bandstand Apple Watch Dock. 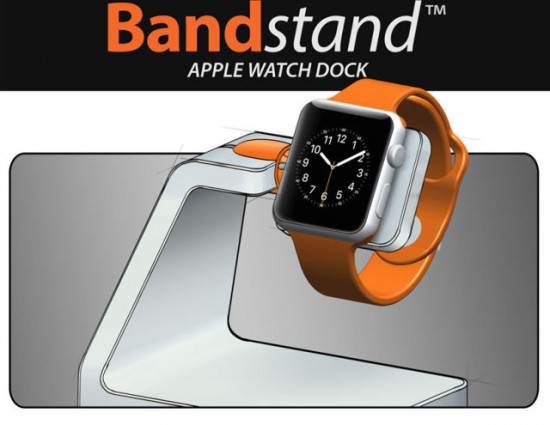 As can be seen in the image above, the dock will make use of induction in order to charge the Apple Watch. According to Ubergizmo, the dock will also feature two USB ports, which can be used to charge other iOS devices.

Since all we know is that the Apple Watch is coming in ‘early 2015’, it is rather gutsy of Standzout to announce their dock, isn’t it? Then again, they may know something we don’t. After all, rumors that Valentine’s Day 2015 will be the target launch date for the Apple Watch have been circulating for about six months now. And with the date being a little more than a month away, it just might be the case.

When do you think the Apple Watch will be released? Are you planning on buying one?