BB Gadgets has taken a closer look at the teaser image Apple released yesterday – and it looks like it could be one of the most revealing teaser images Apple has ever given us. 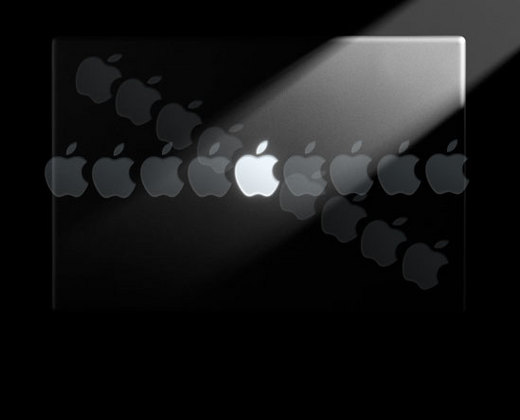 If you take a look at the image above you can see what Rob at Boing Boing did. He took the size of the Apple logo on his Macbook Pro, and used it as a measuring stick to determine the size of the Macbook in the image.

Based on his calculations it would suggest a 13.3″ diagonal display. The edges of the notebook, however, clearly rule out the Macbook Air. So what else could it be, but the new Macbook?

We’ll know for sure next Tuesday.