Why Apple’s Partnership with IBM is a Big Deal

by Brian Meyer 8 years ago9 months ago
1 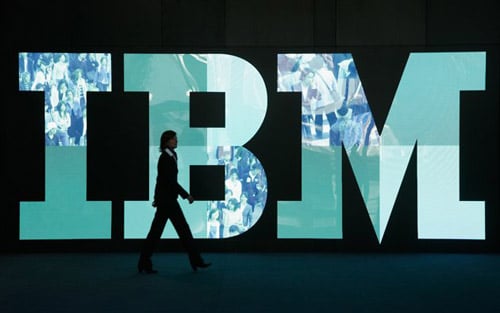 Yesterday Apple and IBM announced plans to partner with one another to “transform enterprise mobility” and while this is a very nebulous statement, the implications for Apple’s future are pretty huge. The partnership with IBM looks to be the start of something big for both companies.

Most people think of IBM as the people that made Windows laptops and other average-at-best hardware. The truth is however, that IBM does a lot more than most of us ever see. With strong ties to big business, IBM pretty much runs the show with business data, making analytics and data management a big deal for big business as well as smaller businesses, too.

The partnership with Apple means that IBM is bringing that huge data background to the iOS platform with more than 100 apps that are specific to iOS and the enterprise world. Now, companies that rely on IBM for their data can use the iOS devices they already use and love to get their data, finally bringing mobile into the enterprise world for more than just email.

Above the apps that IBM plans to create for iOS, IBM will now start selling iPhones and iPads to their corporate customers, giving Apple even more of the enterprise market than they already have.

Need even more reason to see that this partnership is a really big deal? The third prong to this partnership is the backend and cloud services that IBM will implement. This means that device management on an enormous scale as well as security for enterprise clients will become simpler and safer than ever before.

Apple’s already engrained in the enterprise world, as mentioned in Apple’s press release: 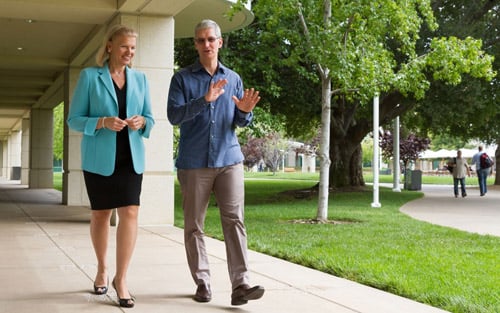 So What Does This All Mean?

Basically this means that the devices that are so popular with enterprise now will become necessary pieces of technology. Enterprise clients will get more tech support with a customized iCare program, better device management for fleet-sized deployments, and even a private app store for enterprise-specific apps and apps tied to IBM’s data services.

This means that it now makes sense for larger companies to hand out iOS devices to the majority of their employees and expect that they’ll be used for more than email and Angry Birds. The iPhone and the iPad are amazing pieces of technology that are more often than not underused and underappreciated at gimmicks and useful toys. The partnership with IBM makes these devices more useful than ever before and helps set Apple apart as the go-to answer for enterprise tech solutions.

The bottom line here is that Apple will sell a LOT more iOS devices than they were before. Even though 98% of Fortune 500 companies work with Apple, that doesn’t mean that everyone at those companies use iOS devices. This partnership will up that adoption rate significantly. With this comes the adoption of Macs in the workplace, too. Apple is starting to be seen as more than just something for artists and playthings for everyone else. Instead of someone being “special” enough to get an Apple device, the partnership with IBM will make this the norm.

The bottom line is that this partnership with IBM will help Apple sell more and become more profitable than ever before while actually giving business what they want.