Apple Planning Media Event in NYC — But What For? 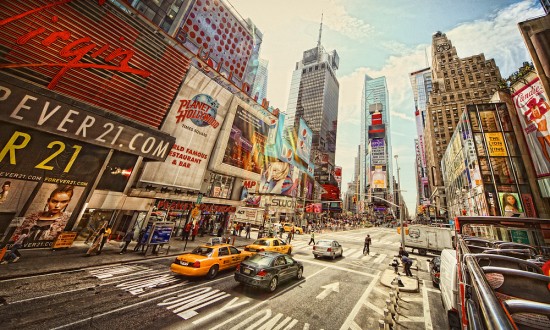 Multiple news outlets are quoting insider sources today who say that Apple is planning one of its “keynote”-style media events to tout a new product. But this time, there’s a twist. Instead of Apple’s home turf of California, this one is going to be held in New York. Which begs the question: why the move?

The event, which is believed to be happening later this month, is under heavy scrutiny and speculation already because of the radical shift in venue. Some reports claim that a refresh for iAds is the focus of the event, while others believe that ebook publishing will be the central focus. The latter would make sense, as New York is widely considered to be the heart of the publishing industry, so moving the event there should allow more publishing-focused media to get in on the action.

This event is said to feature Apple Senior Vice President of Internet Software and Services Eddy Cue, who oversees the iTunes Store, the App Store, iCloud, iAds, and iBooks. So any or all of those are certainly fair game for this media event.

The one thing all of the reports agree on is that Apple won’t be showing off any new hardware for this event. Which means no iPad 3 and no iTV just yet. Bummer. Hopefully those announcements will come sooner than later.