by Noemi 7 years ago3 months ago
2

Since the beginning of time (you know what I mean), computer users have had this thing about changing the default wallpaper of their device. When smartphones offered that capability, changing wallpapers was probably one of the first things people did. Then the tablets came. Same thing.

Now we have the Apple Watch, and nothing has changed.

With the whole idea of devices becoming an integral part of our lives, becoming more personal, customizing wallpapers is just a cog in the machine, isn’t it?

With the release of WatchOS 2, Apple Watch owners now have the choice to customize their Apple Watch wallpapers.

Cue sigh of relief. Then grin of excitement.

While you can always choose your own photos as Apple Watch wallpapers, here’s something that you can play with: Apple Faces.

It’s a web site that showcases a bunch of Apple Watch wallpapers which you can download. The designs range from simple geometric patterns (Android, hello?)…

…to some pretty cool designs that kind of take you back in time. 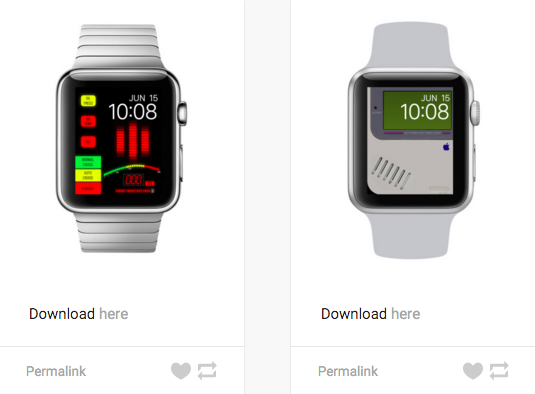 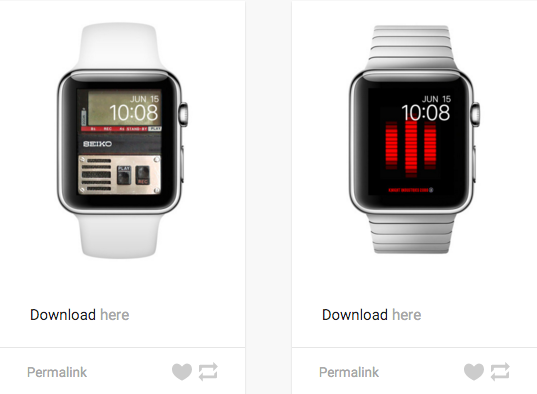 Now these are certainly worth your while, aren’t they?

There’s plenty more where that came from, so if you want these designs or browse more, visit Apple Faces.