3 Charts About Apple Stock Which You’ll Want to See...

If you’re into monitoring and buying stock, that is. The Motley Fool just published an article pointing to the fact that while Apple stock may not be at its best and is at the receiving end of many a critic’s rant, it has made a comeback – and a notable one, too.

First up – the story of Apple’s fall and rise over the past few years.

While the current value is obviously not the highest it has been, you have to be blind not to see the recent improvement. Also, if you take a look at the bigger picture, say five year’s worth, then Apple’s stock has actually gone up almost 400%.

Next, we have Apple’s year-over-year net income. 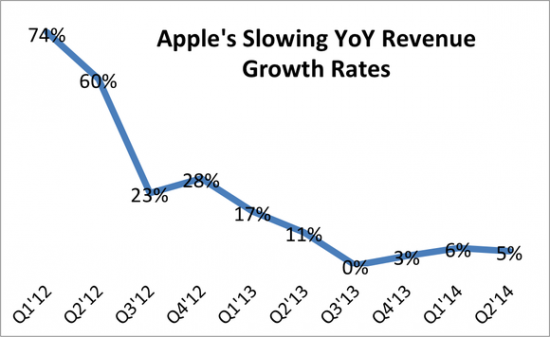 This can easily be interpreted as discouraging, no doubt. Looking at the brighter side of things, however, revenue growth rates have been improving since Q4 of 2013. 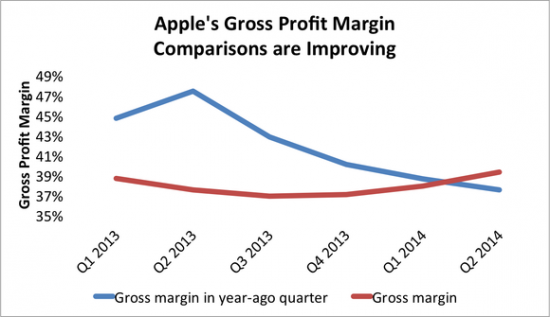 While the gross profit margin declined in 2013, it was still not bad! And, looking at the most recent quarters, the percentages are going up again, which could be the harbinger of even better times for Apple.

Do you want to know where Apple’s money comes from? Take a look at the Apple Revenue Chart.