Plex is all over the web, but what’s so great about Plex? It might be lauded as one of the best media streaming tools on the market, but what does Plex do? Does Plex work with Netflix or Hulu? Not quite. Here are some good reasons to get started with Plex on your Mac.

Plex is a beast of its own design, a throwback to the days when users kept content on their hard drives instead of relying on a company to store and stream content for them. It’s a different model of thinking. It’s also a much less popular one today than it was in the years before always-available high-bandwidth connections on every device.

Plex is designed for users with large libraries of digital content on their hard drives. It will work with movies, TV shows, music, pictures: basically any kind of video or audio file. But it’s core usage is playing back video files obtained legally or otherwise. There’s a Plex client for every meaningful platform, so you’ll be able to stream your Plex content from your server device to just about anything with a screen. You could probably stream it to your fridge’s LCD screen, if you were sufficiently creative.

That’s the power of Plex: it’s an omnivorous input for content and a non-discriminating output, streaming your media to any device in the Nine Realms.

The open secret about Plex is that it’s really made for people with massive libraries of illegally obtained content. Sure, you might be one of the few people rip their Blu-ray discs and DVDs to their computer to keep a permanent archive. That’s not even a bad idea, considering how inflexible and fragile disc-based playback tends to be. But the main market is folks who torrent tons of movies. And the fact is that ripping movies you own is something of a grey area legally, if not morally. It quickly becomes a distinction with only a little difference, provided everyone is paying for the content they watch. Which, we will admit, is not very likely when it comes to piracy.

The key fact is that, no matter how you’ve obtained your content, you’ll find Plex just as useful. If you get your media exclusively through streaming platforms like iTunes, Amazon, VOD, Netflix, Hulu or other legitimate streaming platforms, Plex won’t be as helpful to you.

How does Plex work? 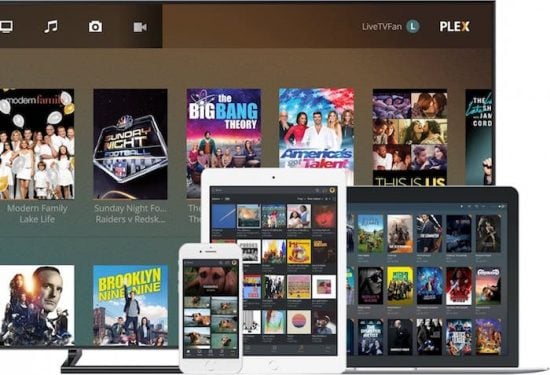 Now, if you’ve got an enormous library of video content that fell off the back of a truck, Plex really shines. By automatically and silently associating the files with the correct metadata, Plex pairs cryptic filenames like “Jurassic World Fallen Kingdom 2018 1080p HC HDRip x264 AAC ESub” with the correct metadata, producing an attractive and navigable media library. Plex turns your shady library of grey market video into something much more like Netflix.

It collects descriptions, posters, box art, ratings, cast pictures and more. Then it attaches them to the video in the UI. You search with the names of the video, instead of the inscrutable meta-code of torrented files. You can also search by other metadata, like year of release, staring actors, and other data not often found in the title of the video file.

Plex is awesome at streaming media to anything

Once you have content loaded into your always-on Plex server, you can then stream it to any device with a Plex client installed. One machine (PC, Mac, or Linux) runs an always-on server. Client devices—televisions, smart boxes, tablets, smartphones, self-checkouts, graphing calculators, just about anything that can run DOOM—communicate with the server to receive content. The server handles all the heavy lifting. Plex transcodes content server-side to a quality level and codec appropriate to the network bandwidth conditions and the client device. As a result, your devices will always pull content down at a smart bit rate, avoiding swamping your network with a 4K video when the client device is an iPod.

This streaming extends outside the local network too. Plex streams natively to devices outside the local network. So you can stream content during your commute, providing even more creative ways to avoid talking to your neighbors. Friends and family might set up a huge shared media library, depositing the shows you all watch on a single central server that’s always available to everyone.

The setup is also uncommonly simple. With a modern router, you can enable external sharing with a single UI switch. At the most complex, you’ll just need to enable port forwarding on your router for Plex. It also helps to have Plex always at the same internal IP address, but it’s not strictly necessary for Plex’s out-of-network streaming features to work.

In fact, the only thing we’ve found that reliably breaks external streaming are some VPNs. These don’t allow Plex the flexibility it needs to stream content to external devices, since it does technically represent a security risk. Local network streaming still works a treat, however.

Why is Plex better than the alternatives?

Plex attaches content to metadata with extremely high accuracy. It sucks up information from more sources and organizes content in intelligent, emergent ways. The user interface is easy to navigate and search. Even a total novice will quickly get the hang of it. Newly download content is added instantly and transparently. The snarled backend of a thousand files from a thousand trackers is totally hidden from view. 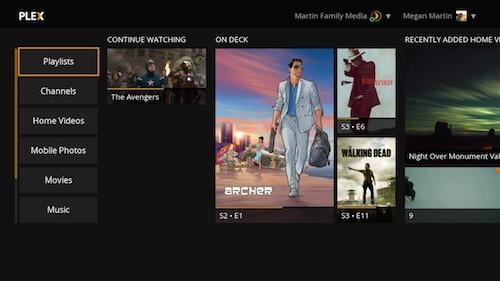 Plex is also dead simple to use. The setup is fantastically easy, with a clear step-by-step guide built into the software. Just install Plex server and point it at your media files. You’ll soon have an always-available media library at your fingertips, no matter where you are. Newly-added files will be sucked into Plex automatically, associating with metadata as they are imported.

For users with the right type of media library, Plex is invaluable. It can turn your downloaded file into a self-powered Netflix. Stream content in your house or at your friend’s house, with transparent technology backing up the whole process.

Get started with Plex using our guide below: