Why The PlayStation Phone is Three Years Too Late 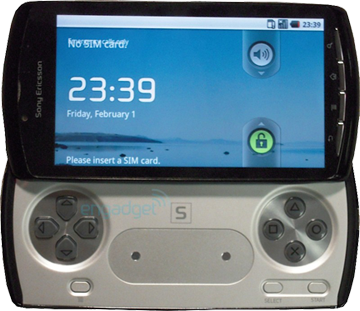 It would be pretty fair to say that I’m a video game guy, particularly consoles. I own every Nintendo console ever built, as well as a PS2, PS3, PSP, XBox, and XBox 360. Up until recently, they were all hooked up to a dedicated television in a dedicated game room. I think my commitment to video games is pretty clear.

So I’m the guy who would’ve bought a Sony PlayStation phone. I would’ve been one of the thousands of guys lining up to buy a PSP phone because the best gaming console you can have is the one that’s with you every day. Problem is, the iPhone came along and changed the game.

See, the PSP’s problem was that it required physical discs. Carrying your PSP around wasn’t as easy as having an iPod Touch because you had this physical media that had to go everywhere with you, which required a second pocket. I hated that about the thing, even though I loved playing it. But let’s say that Sony worked that out with a memory stick or some other kind of physical hard drive, but they came out with it in 2007. I would’ve still bought it, and then Sony would have a huge hit on its hands.

Instead, they hemmed and hawed about the concept for years until Apple proved they could make a successful gaming device in a phone, even without physical hardware buttons for controls. So they come out with an Android-powered smartphone with a slider for buttons – all good ideas – but do I really want to get rid of my iOS investment? All those apps installed on my iPhone that work for productivity, gaming, etc? Do I want to give up a perfectly good, reliable ecosystem for a Sony device which may or may not be supported in a year?

No. No I don’t, and I don’t think consumers do either. The PSP brand is outdated at this point, and it needs a hardware refresh. There’s no reason why people would drop their iPhones to get a PlayStation phone. I think they’ll sell a lot of them for sure, but it’s not going to beat the iPhone. Sorry, but Sony is too late for this one.