Apple’s much-ballyhooed “Hello Again” event last Thursday was promising. With the release of new Touch Bar-enabled MacBooks, Apple fans finally have something to be excited about. And yet, if there was an emoji that best described the general reaction to Apple’s new releases, it would be the dude rubbing his chin skeptically. What gives?

It’s been a long time since the last new MacBook Pros. We’ve waited, whined and wished for what feels like years, so this particular product launch was awaited with especially bated breath. Perhaps thanks to all that waiting, the general tenor of the feedback has been disappointed, and not just because we expect Apple to bring us the moon on a leash at every new product launch.

Getting Carded at the Touch Bar

Considering how long Apple has resisted a touch-based interface in their laptop line, the Touch Bar is a pretty exciting addition. Even as Microsoft has dived head-first into touch-sensitive desktops and laptops, Apple has insisted that touching a computer screen is poor interface design. With the Touch Bar, it seems that Apple has finally acquiesced, admitting that, yeah, maybe touch is a not-terrible idea.

And yet, as cool-looking as it is, concerns about practicality cropped up quickly. We may find that developers use the Touch Bar to create a brand new way for us to interact with our Macs. But for right now, people seem to be wondering if the Touch Bar will be any better that keyboard shortcuts. Of course, making deeply-buried menu option easily accessible is a huge help, especially when it comes to complex programs like Excel and Photoshop.

It’s not without potential problems. Without haptic feedback, you’ll need to look at the Touch Bar to use it. Most of us have spent years faithfully typing without looking at our keyboards. Looking down to use the Touch Bar is in direct violation of that long-held habit, which will require some adjustment.

Finally, while Apple’s demos did show some exciting features, things veered into the impractical at times. The DJing demo has gotten some flack for this in particular, considering that a tiny strip of touch-sensitive glass probably isn’t the best interface for scratching a record. Fortunately, the strength of Apple’s platforms have never relied primarily on their first-party applications. Third-party devs will almost certainly have better ideas for how to use the application, and we’ve already seen some great ideas:

I want to make games for the Touch Bar. Ideas: 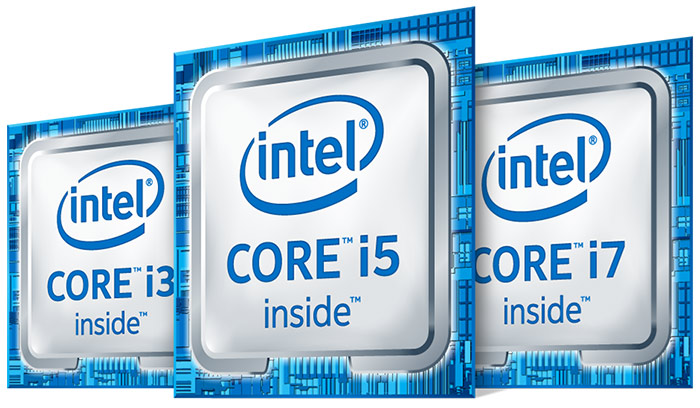 The guts of the MacBooks unfortunately are not jaw-dropping either.  Sure, these machines contain the current-gen Skylake chips. However, those chips were released over a year ago, and Intel has announced the planned released of their new Kaby Lake chips in early 2017. Skylake is certainly a massive upgrade over the aging Haswell chips that, until last week, were being sold in even the newest MacBook Pros.

And that’s great—it’s absolutely a step forward, but it’s one that’s been long overdue. Apple has finally upgraded their machines to contemporary hardware, but just getting up to speed isn’t enough to future-proof the line. New processor releases from Intel will see new releases of Windows laptops to follow, and if we have to wait year and a half for new MacBooks, today’s Skylake processors will be just as disappointing then as Haswell is today.

Lastly, the new Thunderbolt 3 ports have been getting some gruff as well, but this is largely undeserved. Apple has always tried to cut away what it deems unnecessary. It’s no surprise that, in a year when a port as beloved as headphone jack was on the chopping block, Apple would want to also coalesce the many legacy ports on the MacBook Pro. The new USB-C/Thunderbolt 3 ports are extremely powerful, capable of individually powering a 5K display while charging the machine, or running a huge daisy chain of devices off a single port. Will you need dongles? Oh yes. Will they cost money? You betcha. Is this going to be better in the long run? Almost certainly.

The Future of the Mac

While disappointment about the newest MacBooks has been palpable, it’s important to note that unadulterated excitement after an Apple product launch is rare these days. But as a long-time fan of the Mac platform, it’s worrying to see what appears to be less investment in the Mac line become a new normal. There was a time when the Mac was more important to Apple’s corporate strategy as a whole, when the release cadence was predictable and updates featuring the newest hardware were a foregone conclusion. It could be that those days are gone for good. Today, it seems like Apple is now the iPhone company, and they also happen to make some computers too.