OSX on the HTC Shift

by Kevin Whipps 12 years ago11 months ago 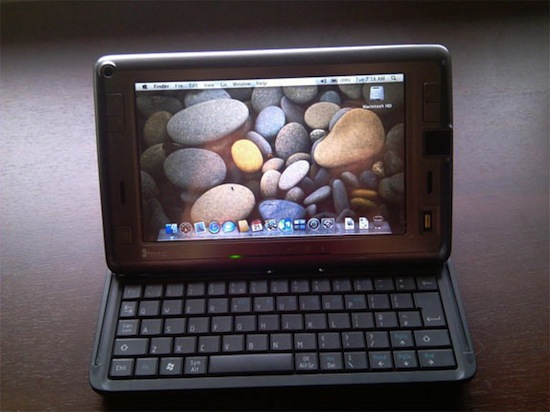 Oh, the Hackintosh. Everyone wants to put OSX on their devices, but they all know that Apple doesn’t condone it. Well the latest version of this is the HTC Shift, which received a custom install of OSX. Here’s the deets from PocketNow.com:

Since its release, we’ve seen some users successful installWindows 7 onto the platform (it originally ranÂ Vista). But how about OS X? Sure, why not? An enterprising user atÂ XDA has successfully loadedÂ OSÂ X

onto his Shift, and has provided detailed instructions on how he did it. The user cites that pretty much everything is working except for WiFi and the fingerprint scanner. Fun!

Of course, the Shift is still pretty expensive, even used. A quick Google search shows them for at least $500. It’s very cool, yes, but a bit pricey – at least to me. But if you already have one, I say go for it.