by Kevin Whipps 12 years ago6 months ago
7 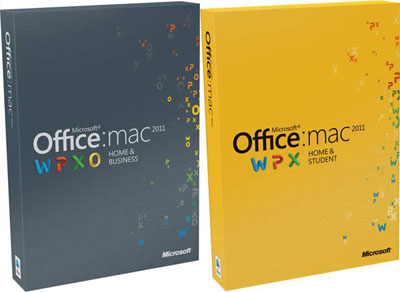 A week or two ago, I waxed poetic about Microsoft Office 2011 for Mac, which is set for release on October 26th. After a few quick e-mails, I was in contact with one of the MS press team, and just today I received a free press copy of Microsoft Office for Mac 2011. It’s going to take me some time to really dig into the program, but I wanted to put out my first impressions, just to get it out there.

I haven’t used Office for Windows in years, so I had no idea what was different between the two systems. My wife is however, so she came by and took a look at the programs in action. Turns out that they look and react in a similar way to their Office 2010 counterparts.

This is, in my opinion, a good thing. Office was my first purchase when I came onboard from PC land, as a sort of security blanket into the world of OSX. Office 2004 was great, but I hated Office 2008, even though I had to use it because of interoperability between my docs and Windows PCs. But now with 2011, my initial impression is pretty good. The apps look fantastic, albeit with lots of shiny buttons to choose from. Fortunately, each program can be customized almost infinitely, meaning you can remove the ribbon, navigation bar, or Â task bar whenever you wish. The built-in templates seem neat so far, but for me, the biggie here is Outlook. Not only does it function well, but it looks amazing.

These are just my first thoughts, and I’ll have full reviews on the suite as I spend more time with them in my workflow. But for now, these are not only very functional, but look like a big step forward for Microsoft and the Mac Office suite.