Does the New, Cheaper iMac Signal a Change for Apple? 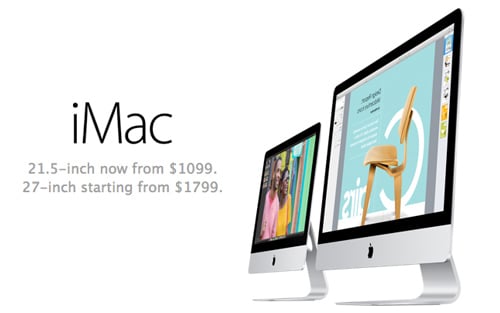 Yesterday Apple released an update to their iMac lineup of computers that nobody saw coming. While there have been rumors that the guys and gals in Cupertino were looking to release a small update to the iMac lineup this week, the release of an entry-level 21.5″ iMac priced at $1,099 is a pretty big deal.

There’s no doubt that Apple is looking to fill a gap that’s currently present between cheap machines like lower-end Windows PCs and Chromebooks and Apple’s own computer lineup, but does this shift in pricing mean a more precise focus on developing markets and the needs of those who can’t afford $2,000+ machines?

Apple has always been a high-end luxury for most users and a necessity to hard core media producers, which is what has driven their value for as long as it has. Now that Apple has a solid name and place in the market, it seems that they can expand to offer, for them anyway, lower-priced devices that allow entry-level graphic designers, animators, and businesses to get in on the Mac party without breaking the bank.

Apple says in their press release of the new Cheaper iMac:

The new 21.5-inch iMac features a 1.4 GHz dual-core Intel Core i5 processor with Turbo Boost Speeds up to 2.7 GHz, Intel HD 5000 graphics, 8GB of memory and a 500GB hard drive. All iMac models include next generation 802.11ac Wi-Fi, and two Thunderbolt ports and four USB 3.0 ports for excellent expandability and support for high-performance peripherals.

This all seems great, but is the cheaper iMac just an experiment to move more devices into emerging markets and industries? 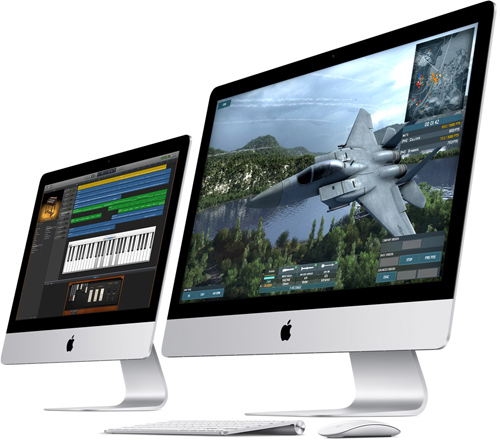 Apple has historically not cared too much about the affordability of their hardware, and surprisingly this has been a good thing. Over time the fact that Apple’s hardware was on a higher cost level than others in their category gave them an elite feel and attraction. How else did the original iPhone sell the numbers it did in a world where the common mobile phone was free?

Recently however, Apple has been releasing lower cost versions of their most popular hardware and even giving much of their software away for free. Many thought this low cost and free approach might hurt Apple, but instead it’s allowed them to move into markets they wouldn’t otherwise be able to enter.

KGI Analyst Ming-Chi Kuo made a prediction earlier this year that Apple would create a lower-cost Mac for emerging and foreign markets. Those of us in the major markets for Apple can see lower-cost options from Apple as fluff and a dilution of an elite brand, but in actuality it means Apple can enter markets they were otherwise economically shut out of.

Apple seems to be keeping the high-end items where they are while introducing lower-cost items to help even out their market. This isn’t to say that a $1,099 computer is cheap by any stretch, but for apple, it’s a move in a good direction.