Monopoly is Ruining my Life 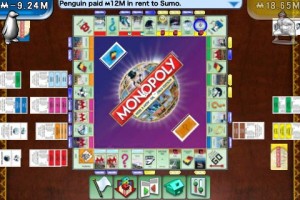 I bought the game about a week ago, mostly on the recommendation on a buddy of mine. He loved the game, and told me that it was one of the best time wasters he had purchased in the past year. I’m always down for a mindless game or two, so why not spend the $6 and go for it, right?

Now I’m not saying that this is a bad game. It’s fantastic, really, perfect for a quick game at the doctor’s office or on a plane trip from Phoenix to Boston. But if you ever want to get some work accomplished or see your significant other again, maybe you should pass on this one.