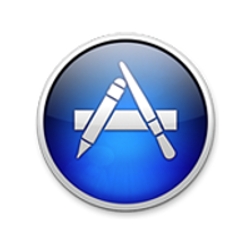 The Mac App Store is available now for users and opens its doors with over 1,000 Apps including iOS favorites such as Twitter and Angry Birds.

Announced during Apple’s “Back To The Mac” event, the Mac App Store has been anticipated by users for weeks as developers readied their Software for Apple to approve. Apple opened the doors to the Mac App Store today in addition to releasing Mac OS X 10.6.6 – an update to Snow Leopard. The Mac App Store, which requires the newest version of OS X (10.6.6), can be downloaded via Software Update. The store houses over 1,000 Apps including the individual Apps that make up iLife and iWork for sale at $14.99 and $19.99 respectively.

â€œWith more than 1,000 apps, the Mac App Store is off to a great start,â€ said Steve Jobs, Appleâ€™s CEO. â€œWe think users are going to love this innovative new way to discover and buy their favorite apps.â€

Many users are claiming the majority of Apps are horrible and developed by sloppy coders. The situation has even prompted the creation of a blog (NSFW) highlighting the design atrocities available on the Mac App Store.