FaceTime is a Big Deal 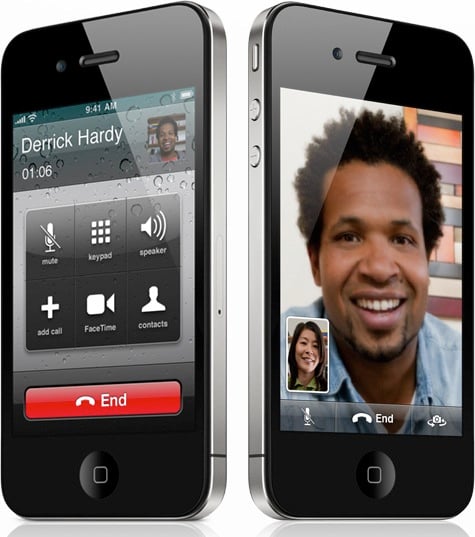 Of all if the cool new features available on the iPhone 4, I think I’ve used FaceTime the most. It started out with a FaceTime call to a friend of mine in San Francisco, then to another who was at a Starbucks in central California. I called my wife from the garage the other day to ask her to bring me out a book I was looking for, and she showed it to me on camera to make sure it was the correct one. I used it to call my folks the other day to show them how the kiddo was rolling over for the first time, and then they used it later in the weekend to show me how much fun he was having at their house. It’s not perfect, but it’s quick and easy to use.

This weekend, I also used Skype for the first time in a while to talk to my relatives on my wife’s side. Now neither of them are technically savvy, so getting them to open up Skype – a program they both knew and have used in the past – and get it to work the way they wanted it to took at least 15 minutes per person. At one point, my wife commented, “For something that’s supposed to be so easy to use, it’s amazing how difficult it is to use.”

Now that’s not a knock on Skype. I love the service, even though I don’t use it as often as I imagined I would when I first downloaded it. This is more about how much easier FaceTime makes the process of a video call, because there is no learning curve. Click on a contact, scroll down, click on FaceTime. Or, call someone, click on FaceTime. It’s not as easy as making a phone call, but it is pretty close.

So I read this post by John Gruber at Daring Fireball, and it got me thinking. Particularly, this part:

But consider the implications of the fact that you donâ€™t need to start with a voice call. That means you donâ€™t, in theory, need to start with a phone. A hypothetical camera-equipped iPod Touch could make FaceTime calls. So could a hypothetical camera-equipped iPad. Or even an Apple TV. This notion occurred to me during the WWDC keynote, whenÂ Steve Jobs said that Apple expected to ship â€œtens of millions of FaceTimeÂ devicesâ€(emphasis added) this year alone. (Skip to around the 1:33:30 mark in the keynote.)

Many friends of mine were upset that the iPad didn’t come with a front-facing camera. “It would be perfect for conference calls!” they all said. Step back though, and think about where we all were on January 26, just before the iPad was officially announced. No one knew what the iPad would be, or if it even existed. And were it to exist, would it sell? Would anyone actually buy this thing?

Apple could have put FaceTime into the iPad. There’s room for the front-facing camera, and I’m sure that FaceTime was at least in the pipeline at the time. Imagine that Steve introduces the iPad and his “one more thing” is FaceTime. If the iPad flopped, so would FaceTime, and the result would be that the technology wouldn’t take off.

Instead, they introduced it with the iPhone 4, arguably Apple’s most popular device to date. Apple knew the iPhone 4 would sell, even if it was made of peanut butter and waffles, so by putting FaceTime in the iPhone 4, they guaranteed that FaceTime would get out to millions of people and the technology would start to grab hold.

So now, when Apple adds a front-facing camera and FaceTime to the second version of the iPad, it will be adding a successful product on top of a successful product. It gives customers a reason to buy that new iPad, instead of being content with what they already have. It makes the iPad even more of a business device than it may be today. It’s brilliant.

As Gruber pontificated, what’s next? The iPod Touch is a gimmie, and hopefully, so is integrating the technology into iChat. After that though, Apple could put FaceTime into anything else they wanted to. The iPod Nano has a camera already, and although it doesn’t make much sense to add Wi-Fi to the equation, maybe that’s one possible direction to go in.

Regardless, FaceTime is a step towards independence from cellular phone carriers, and a huge step forward for Apple. It may not be seen that way today, necessarily, but I think in a few years we’ll look back and see that the day the iPhone 4 way introduced was the day the game was changed.