Everything You Ever Wanted To Know About Screen Shots in...

by Brian Meyer 9 years ago5 months ago
3 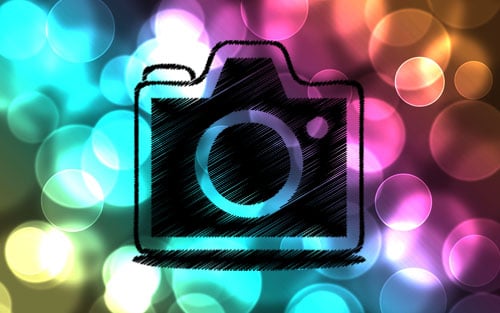 There are a lot of reasons you might want to take a screen shot in OS X. Maybe you want to show tech support what error message you experienced, or maybe you want to show your friend a funny conversation you had with your mom. Or, maybe you’re writing an article for, say, Apple Gazette and you need to show people what you’re talking about. Whatever the case, screen shots are pretty useful and in OS X, they’re super easy to do if you know the tricks.

Let’s say you organized your desktop perfectly with an awesome wallpaper that you need to share with everyone. You could get your camera and take a picture, but that’d just be silly, wouldn’t it? With OS X you can take a screen shot of everything on your desktop at once.

To do this, hit Command + Shift + 3. This will make a shutter sound go off and a screen shot of each display connected to your system will be taken. There’s no clicking or dragging required. The snapshot sound goes off and the image file(s) appear on your desktop. In the example above, two displays were connected to the Mac. If you’re trying to bring attention to something specific on your desktop however, this isn’t the best option. There are ways to take a snapshot of specific portions of your screen, which brings up to method number two.

So the full screen capture is too much for you? Well, you can capture any part of the screen you want by dragging a cross-hair around the screen and save a snapshot of anything you can see. Maybe you want to save part of an application’s window, or maybe there’s a picture on someone’s website that you can’t save but really want anyway. Whatever the reason, it’s easy. 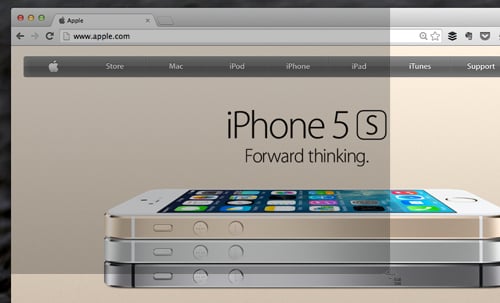 To take a partial screen capture, hold down Command + Shift + 4, then release once a cross-eye cursor appears. Click with your mouse and drag around whatever you want saved. When you release the mouse, your screen shot is saved to your desktop.

If you want a specific app or window captured but don’t want to try and drag around it perfectly, you can tell OS X to take a picture of just that window. This is great for application screen shots and to show lists of files. If you’re trying to take a screen shot of a specific error, this is great, too. Best of all, you get the transparent shadow of the window with your screen shot so it looks nice and professional when you use it somewhere else. 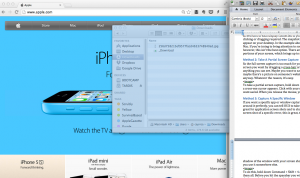 To do this, hold down Command + Shift + 4 and then hit the spacebar, then let go of them all. Before you hit the spacebar you will see the same cross-eye cursor as with the last method, but when you hit the space bar a small camera will appear. Hover that camera over whatever window you want to take a screen shot of and click the left button on your mouse. You should hear the camera shutter sound and a screen shot will appear on your desktop. As you hover over different windows they will highlight. You can also take a screen shot of just the OS X menu bar or Dock as well, as they are considered applications for this purpose.

Now that you know the three basic ways to take a screen shot, it’s time for a few tips and tricks. These will help you get your screen shots to be exactly what you want have them save where you need them. Some of these were covered in this article, but for the sake of keeping everything together, here they are again.

By default screen shots save to your desktop, but if you would rather them save someplace else, it’s fairly easy to change.

With that, you’re all set! Now your screen shots will save to the new location.

By default your screenshots save as PNG files with transparency for the shadows around windows, but you can change this using Terminal. Open up Terminal again and enter the following command into Terminal. This example will change the default from PNG to JPG.

To change this back, or to change to another format, simply replace jpg with the extension of your choice.

The default file name for a screen shot is the date the shot was taken paired with the words “Screen Shot”. You can change this default to be something more useful; like your computer’s name so you know where the screen shot came from. To do this, just enter the following command into Terminal, replacing Brian MB Pro with your text.

To change this back, run the same command but replace whatever you named your screen shots with the words Screen Shot and you’re back to normal!

The ability to take screen shots so easily is a great feature OS X has had for quite some time, but few people know how much it can really do. Now that you know, you too can take great screen shots and provide more people with the information you want them to have. Here’s Apple’s documentation on screen shot shortcuts and even though it’s for Mountain Lion, they work just fine in Mavericks.