by Alexander Fox 4 years ago3 months ago

The modern home is more than just four walls and a roof. It contains an array of technology, not all of which communicate smoothly. If you want your devices to play nicely on a home theater network, you’ll need to put some thought into purchasing and setup. Here are some tips for building a home theater network for Apple Fans. 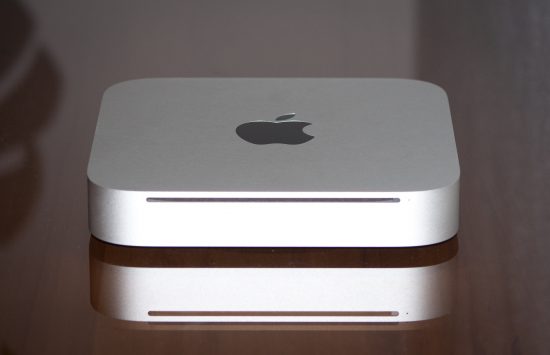 You’ll need a Mac or Mac-compatible server for to work as your primary media server. This device will be responsible for storing your content on a hard drive and making it available to the other devices in your home. In order for the media to be perpetually available, you’ll need to make sure it’s a device that can stay on all the time.

It’s actually possible to create a media server with just about any Mac you so desire, but something like a Mac Mini is best. The device doesn’t need to be very modern, but a big hard drive is essential. If you have an older Mac with a smaller hard drive, you can attach an external hard drive to beef up the storage capacity. Once the Mac is booted up, you can use screen sharing to control the device and apply updates.

You also have the option of using a non-Mac device for your media server. With a network attached storage device (NAS) you can store your media on a hard drive connected to your home network. These devices are smaller and cheaper than a Mac and often include software for sharing media across your network. A Synology Diskstation is a good choice for Apple networks.

It’s also possible to build your own NAS from an older computer. You can use Windows hardware, but you won’t want to run Windows on the computer. Instead, you’ll want to install FreeNAS, an operating system that turns any computer into network attached storage for free. FreeNAS has the benefit of allowing you to use your own hardware, which is likely cheaper than a Mac. It’s not easier, but unless you have a spare Mac laying around, it will be less costly.

Regardless of the platform you choose for media storage, you’ll want to use Plex to stream media to your devices. This software runs on both your server and your client devices. Plex Media Server will run on the storage device and a companion client app will run on the device you’ll streaming to. With a robust local network, you’ll have no problem streaming data across the network to your target devices. 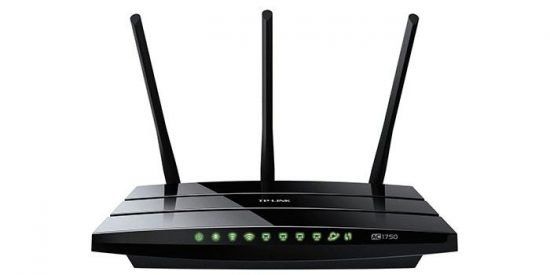 When you’ve got a ton of high-end media content flying around your home network, you’ll want a router capable of handling that bandwidth. A good router can move content across your home network far faster than you can download from the outside Internet. Streaming video to a device while other users browse the Internet or play online games will require a powerful router. Apple’s own devices are somewhat lacking in this regard, unfortunately. They don’t support Quality of Service (QoS) controls, which allow for the dynamic management of device bandwidth to make sure everyone on the network can get the speeds they need.

When shopping for a router, make sure you select one with gigabit Ethernet connections and 802.11ac to support fast speeds across your network. The TP-Link Archer C7 is a great choice for Apple fans, and it also supports Time Machine network backups with the appropriate setup.

Whatever router you use, make sure you place it properly to ensure good coverage throughout your home. Check out this guide on router placement to be sure you’re arranging things correctly. You can also use network extenders to expand the reach of your home network. If you’re still working with Apple’s Airport devices, it’s easy to use one Airport to extend the range of the base Airport without complicated setup.

If you have a modern TV, it probably comes with smart functionality. Unfortunately, it’s probably also trash. You can use a modern Apple TV to connect your television to your network. While a little expensive for their functionality, an Apple TV will allow AirPlay streaming from your Apple devices to your television. The most recent version also supports Plex, coming with the app installed on the device.

If you don’t want to use an Apple TV, the Roku Streaming Stick + is a good middle ground. It offers more processing power than your television and sufficient bandwidth for streaming content, supporting 4K video and HDR. It won’t support features like cadence matching, but it will do a good job of sending content to the screen quickly.