Big Cable Networks Bring Down The Hammer On iPads 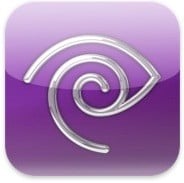 Of all companies to create an amazing iPad App that turns the cable landscape on its head, Time Warner didn’t appear to be the likely hero. Unexpectedly the cable provider released an iPad App that streams channels as long as you’re a paying Time Warner subscriber. The App launched to much fanfare for being able to stream shows without jumping through hoops and only showing limited content.

Our iPad app is colossally popular with pretty much everyone except for the management and legal teams at Fox Cable, Viacom, and Discovery networks. Over 300,000 people have downloaded the app to date and watched selected live cable TV channels in their homes using a Wi-Fi connection with no new wires, no new TVs, and no new set-top boxes.

While weâ€™ve received our share of customer complaints about the app on Twitter and in the App store, none of them have said â€œWe really wish this thing had fewer channels on it. Itâ€™s just not fair to the programmers.â€

And as you may have heard, the aforementioned programmers would like for us to pull the feeds for channels that they own from our iPad app. They are willing to threaten to sue over it, too. They also donâ€™t want us to talk about this publicly for fear of bad PR â€” as though our customers are incapable of Googling a few news stories and cross-referencing them against a thinning channel lineup.

A post on iwantmytwcabletvapp.com informs App users of the removal and that 20 more channels will be added such as CNBC World, C-SPAN, C-SPAN 2, C-SPAN 3, Chiller, Disney XD, G4, Home Shopping Network, Jewelry Television, QVC, Sleuth, Soap Net, Style, Golf Channel, and WE tv to make up for the removal.

Time Warner isn’t taking this lying down. It publicly called out content providers for preventing the cable provider from streaming content over 3G to iOS users.