by Justin McGee 6 years ago3 months ago
1

The smartwatch has been around for years, but it has just finally caught traction in the marketplace. Close to the end of 2015, the casual consumer started to show some interest in smartwatches, and although Samsung has been making decent smartwatches for quite a while, it’s hard to argue that Apple’s Apple Watch finally brought this product line to the masses’ attention — if not the masses themselves.

Sure, when the Apple Watch launched in spring 2015, it was clearly missing key features that people expected — a decent battery, the chief among the missing. Even if the product didn’t have the best specifications of some of its competitors, Apple’s cultural cachet took consumers by the hand and led them to the smartwatch.

But as with the smartphone and tablet, Apple’s commercial success is also success for the brand’s competitors. Early in 2016, it looks like Fitbit could pose a serious threat to Apple’s smartwatch marketshare with its brand new Fitbit Blaze.

The Fitbit Blaze has all the features you have come to love from other Fitbit products, most notably the Fitbit Charge HR and Fitbit Surge. With the new device, you get the same heart rate monitoring, workout goals, awesome battery life and sleep tracking. But Fitbit’s newest tracking device also kicks things up a notch.

Aesthetically, the Fitbit Blaze is really in an entirely different category from Fitbit’s other fitness trackers. Unlike many of Fitbit’s more basic models, when you’re using the Fitbit Blaze, you don’t have to use your phone to check your stats: it sports a new LCD touchscreen! The new screen is probably one of the most distinguishing features about the new   smartwatch; it looks great and is highly functional, compared to previous Fitbits. But what differentiates this device most readily from its predecessors is undoubtedly the band — I mean bands.

Yes, that’s right. If you want an advanced Fitbit fitness tracker, you’re no longer obliged to wear the same band day in and day out. The Fitbit Blaze features replaceable bands, and I’m not just talking about different color plastic bands — you can step up your game with a leather strap or metal link bracelet. 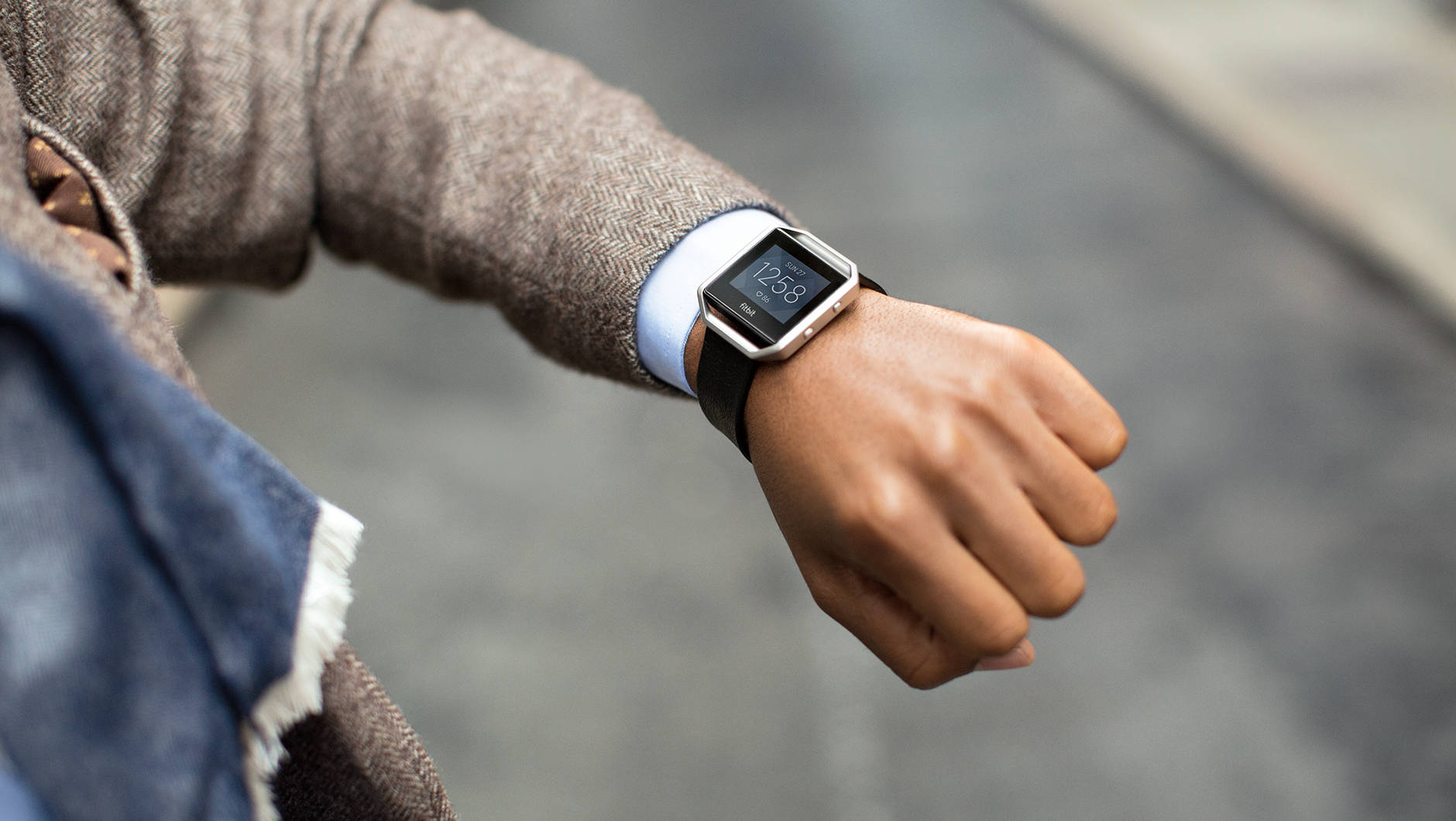 Just aesthetically, the LCD screen and incredibly diverse band options make this something other than a standard Fitbit fitness tracker. This is a smartwatch, people. Oh, and it’s battery lasts about five days. Additionally, it provides all the fitness tracking that Fitbit customers have come to expect from it, including sleep tracking, something that the Apple Watch (even if you schedule your charges oddly) just isn’t designed to do (yet). The Fitbit Blaze also takes a leaf from Apple’s book regarding silent notifications; Fitbit doesn’t call them haptic feedback, rather just silent alarms — something that sounds a bit less cold and mechanical, don’t you think?

The Fitbit Blaze starts at $199, making it very competitive with Apple’s cheapest Apple Watch, the Apple Watch Sport that starts at $349.

So let’s recap: the Fitbit Blaze has all the aesthetic trappings of a smartwatch and all the functionality of a fitness band. It’s also much cheaper than the Apple Watch. From the looks of it, this device could be a true competitor for the Apple Watch, but the reviews are rolling in, and they’re not great. It’s missing one essential feature for a smartwatch: third-party apps.

I’m not the first person to suggest that Apple’s success in the smartphone and tablet business largely comes from its ecosystem and the integration of third-party apps, and that’s exactly what will keep the brand ahead of the Fitbit Blaze for now. While the Apple Watch doesn’t have a huge selection of third-party apps, it’s still early in the product’s arc. It’s essential for Apple to give developers more access to the device’s sensors and push innovation in the App Store.

It doesn’t seem like too big of a stretch of the imagination to say that the Fitbit Blaze marks the first step for Fitbit. Adding third-party apps to this device is no longer multiple years away. Sure, there would be great hurdles to jump, but look at how far the company has brought the basic fitness tracker in just a few short years. What was once something for athletes and hobbyists is suddenly on the arms of housewives and desk jockeys.

Apple can’t sleep on this one. With reports of a new Apple Watch being introduced later this year, it’s vital that Apple offers something new and something engaging. The Apple Watch is great for some people, and it’s piqued the interest of many people, even if they haven’t bought a device in this product category yet, but like other product categories that came before it, other tech companies are quick to pick up on Apple’s successes and add their own little spin to them. (I’m in no way trying to demean other tech companies, by the way.) Fitbit will be no different. Like Microsoft and Google that came before it, Fitbit will latch on to the things that make the Apple Watch great, shed those that hold it back and add a little something new to make people give it a second look.

Have you seen the new Fitbit Blaze? Do you think this smartwatch could be a serious competitor for Apple? Let us know in the comments below.

Why Apple Needs Fitbit (For Now)