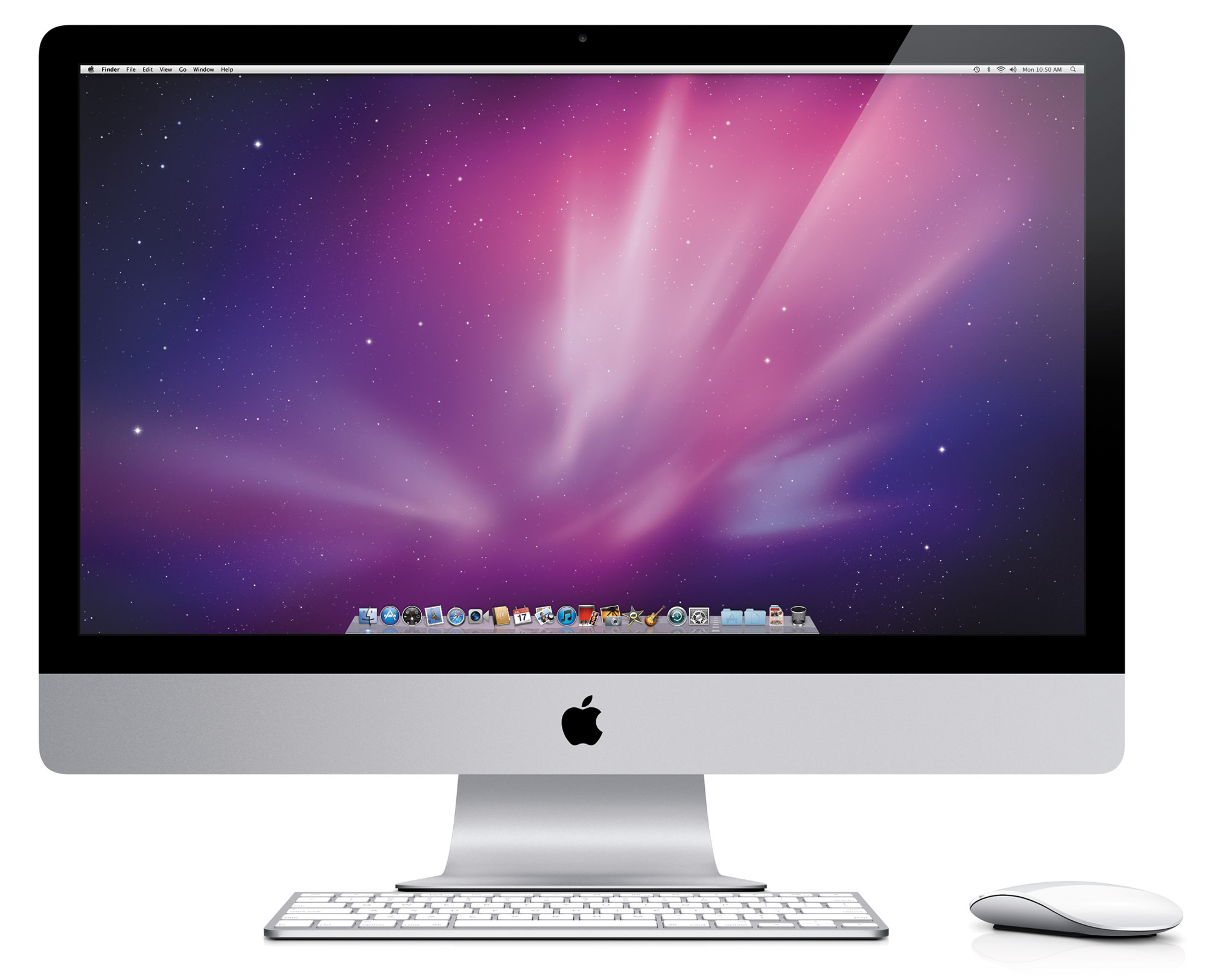 Apple updates all of its hardware products at least once a year, with improved specs and other assorted details. This includes the entire line of ever-popular touch devices like the iPod, iPhone, and iPad, but also their core computers as well: the iMac and MacBook. Today, it was the iMac’s turn in the spotlight, but it’s unlikely that anyone but Mac noobs or hardcore technophiles will feel the need to jump on this bandwagon. Here’s why.

The enhancements are impressive, but there’s nothing game-changing in the new iMac line. Externally, they look exactly the same as the last-generation line, with that beautiful, generously-sized screen front and center, and all of the technical innards built in behind it. But internally, there’s all kinds of high-powered stuff going on.

Intel’s new(ish) “Sandy Bridge” quad-core i5 and i7 processors inside, which translate to some blistering speed for users, because they go all the way up to 3.4 GHz in processing power. Apple says that translates to a 1.7x faster desktop computer than the last generation. They also upgraded the graphics processors to the new AMD Radeon HD chips, boosting graphics performance up to 3x better than before. This additional speed will be most useful for watching and editing movies, or playing high-end video games.

Odd that with all this graphics capability Apple still hasn’t opted to let users play Blu-ray movies on their computers. Many Windows PCs now come with Blu-ray disc drives, but Macs still don’t. That’s a real shame. Maybe CEO Steve Jobs thinks that digital downloads are the future of movie purchasing rather than discs, but a lot of movie fans have adopted the Blu-ray format with great enthusiasm.

Earlier this year, Apple upgraded the MacBook line with these same processors, along with some other enhancements, and the new iMacs reflect most of these same new features. There’s the new Thunderbolt ports, which let you connect your Thunderbolt-friendly devices (like some of the latest digital cameras) to your iMac and hit transfer speeds that can reach an incredible 10 gigabytes per second. The iMacs start at 21.5 inches in size, and go up to 27 inches, with one Thunderbolt port for the former and two for the latter.

There’s a new user-facing camera built in that’s been upgraded to 720p HD. With it, you can use the FaceTime app to make video calls to any iMac, MacBook, iPhone, or iPad user who also has a camera and FaceTime. That’s some nice interoperability.Â One last new twist: the iMac now comes with your choice of a Magic Mouse or a Magic Trackpad. In the past, the mouse was your only option.