Apple History: The Evolution of the Apple All-In-One

Steve Jobs is a big believer in the All-In-One solution for computers. Apple has almost always had an All-In-One of some sort on the market since the very first model, the Lisa, hit the shelves in 1983. Below, you can see the evolution of this design from the Lisa all the way to the current iMac.

To a lot of people, the All-In-One is the future of computing, but to Apple – it’s been a part of the family for almost 25 years.

The Lisa was the first computer to introduce the world to the GUI. It will forever have a place in computer history for that – but it was not a success. The high price of the device (around $10,000) kept it out of reach for most businesses and consumers…when the Mac was released the following year, it sealed Lisa’s fate – but she will never been truly forgotten.

The Macintosh was the first compact All-In-One solution, and the first affordable computer to introduce the GUI to consumers. Unlike the insanely expensive Lisa, the Macintosh was price around $2,500 – putting it within the reach of businesses and consumers.

The Macintosh Plus featured a slightly sleeker design, and the now famous Apple “platinum” (i.e. white) coloring. This Macintosh was much more expandable than the original model, and nice run, ceasing production in 1990.

Released at the same time as The Macintosh II, it’s non All-In-One cousin, the Macintosh SE further increased the ability to expand your Mac.

The SE released in 1989 was the first Macintosh to come with a FDHD 1.4 MB floppy drive standard, and support more than 4 Megs of RAMM. It was discontinued in 1990.

Thanks to Richard for pointing out this omission. 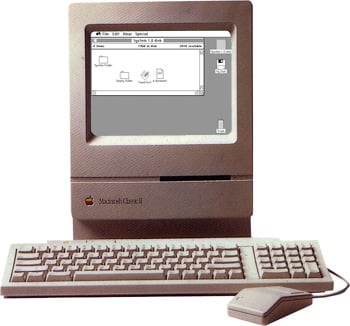 Essentially a re-issued Macintosh Plus, the first Macintosh Classic was slow and problematic. A second version in a slightly redesigned case was released in 1991.

This version of the Macintosh Classic was almost identical to the Classic II, except for the color screen, redesigned case, and slightly larger ROM.

The Macintosh LC 520 was the first of the 500 series, and was Apple’s first attempt at making an All-In-One solution for the 90s. The model proved to a very popular for home users, featured a completely new All-In-One design. 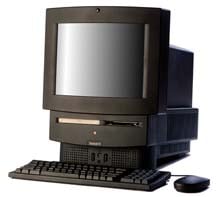 The third All-in-One release of 1993 – the Macintosh TV not only served as a computer, but it also included both a TV Tuner card and a CD-Rom drive. There were only 10,000 of these units made.

A continuation of the LC line, this Macintosh was the first to feature a PowerPC chip. The All-In-One design was slightly modified from the LC 500 series.

This machine was another extremely expensive addition to the All-In-One legacy. The 20th Anniversary Mac cost $10,000…but for that $10k you not only received an amazing machine with a BOSE sound system and unique design – the Mac was also delivered to your house by a man in a tuxedo, who would then set the system up for you. Seriously.

This mac also recently mad an appearance in the film “Children of Men”.

Probably one of the rarest of all Macs, this Power Macintosh G3 All-in-one had a life span of only 6 months, and was available only in the education market. It was discontinued after the release of the iMac.

The rebirth of Apple began with the release of this “re-imagining” of the original Mac in 1998. Focused on the Internet, and designed in a stylish and completely different way than any Mac that had come before it – this produce was a turning point in Apple’s history. 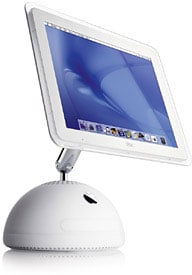 In 2002 the iMac was completely redesigned. This new version was a marvel of design, and the first All-in-One with a flat panel display. 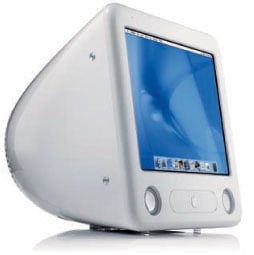 Designed for the education market, the eMac kept the power of the G4 iMac in the same familiar All-In-One design of the previous generation of iMacs. The eMac would later be made available to non-education buyers as well. 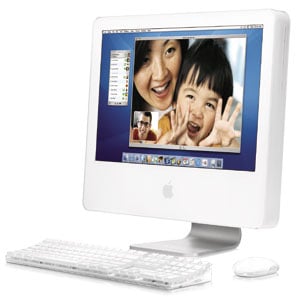 In 2004 the makers of the iPod decided to build a computer that looked it like was from the designers of the popular music player. The result was the iMac G5. It’s slick all in one design was remarkably thin, very popular. As Apple transitioned to Intel chips, a new Intel version of this iMac was released in 2006. 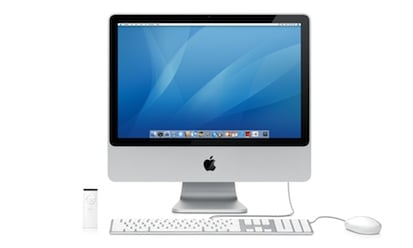 From the Lisa to the current iMac, it has been a long road for Apple with many ups and downs…but one thing is for sure – there will be more All-In-One computer solutions from Apple in the future…and they will be beautifully designed, and an interesting relfection on the times they are created in.