by Lorraine Barte Nepomuceno 13 years ago8 months ago
3

We iPhone and iPod Touch users love our apps, and with the announcement that the iPad will run almost 140,000 apps from the App Store, it looks like the latter will just keep on growing in popularity and apps. Here, three of my favorite (free!) ways to keep track of them: 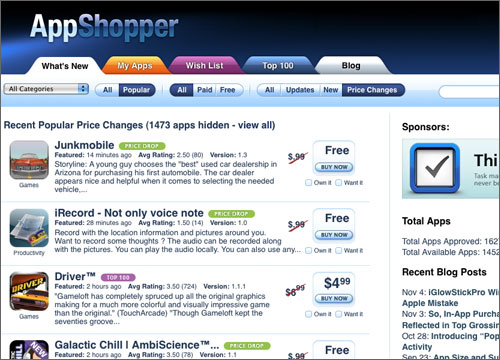 AppShopper very awesomely tracks price changes of App Store apps, so you’ll know when that app you’ve been hankering after becomes cheaper or free. It also tracks updates to the apps themselves, with a nice summary of exactly what has changed in each particular app. The website is easy to navigate, but they have a host of feeds you can subscribe to as well. 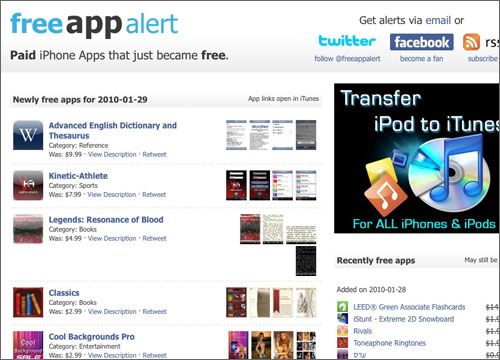 This one does just what it says: it lets you know about new free apps and paid apps that just became free. Because I’m a free-app-lover (who isn’t?) I follow them on Twitter and subscribe to their RSS feed, both of which alert me to all the good stuff almost instantly. 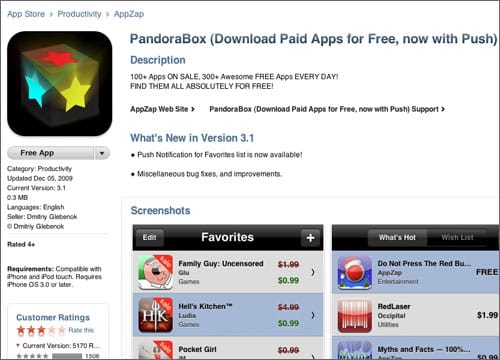 PandoraBox is an app itself, created by AppZap to “push” info on new apps to you, as well as track specific favorite apps for discounts and price changes.

How do you track apps?