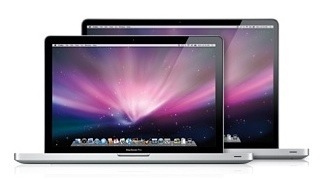 Yesterday’s rumor of the moment surrounds the idea that Apple might partner with AT&T to release a Macbook with built-in 3G support that AT&T would then subsidize like a cellphone, to reduce the upfront cost of the device.

This all stems from an interview in Fortune magazine by AT&Ts Emerging Devices group president Glenn Lurie.

He makes it clear in the interview that he hopes Apple will worth with them on something like this, but I’m not sure we’ll see a move like this on Apple’s part while Steve Jobs is CEO.

This doesn’t sound like a bad idea, but I don’t think Steve will be interested in “devaluing” the brand of a Macbook by having the subsidized price.

If a Macbook were to come out at a $300 – $500 subsidized price, people would begin to look at that as the actual price of a Macbook, just like they do now with the $199 iPhone price.

Would that be a good thing for the Apple brand?

I don’t really think so, and I don’t think it’s something Steve Jobs is going to want to do.