Review: Scarlett & the Spark of Life 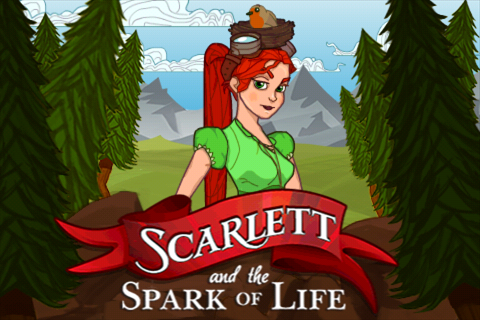 Launching Pad Games’ iPhone titleÂ Scarlett & the Spark of Life is an old school adventure in the vein of Grim Fandango or The Dig — only without the wildly original premises behind those games.

The game finds you taking on the role of Princess Scarlett, a scrappy, self-reliant adventurer who knows how to get things done. Things get underway when Scarlett is kidnapped by a villainous knight and his dim-witted servant. Scarlett breaks free from them and is forced to make a hasty getaway, whereupon she finds herself in a remote village centered around a strange beast-of-burden, and filled with colorful characters. But her kidnappers remain hot on her trail, and she’s forced to improvise in order to escape. 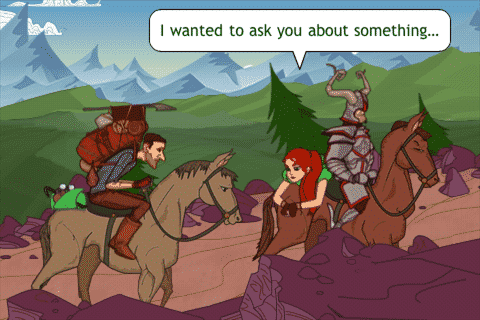 Everything in the game is controlled with simple, intuitive touch input, with no real learning curve. If you can touch the screen, you can play the game. Need to move Scarlett to a specific spot? Touch the place you want her to go, and she’ll walk there. Want her to interact with something? Touch the object in question and she’ll take it from there. And if you ever find yourself uncertain of what to do, touching a star in the bottom corner of the screen will show you everything you can currently interact with. 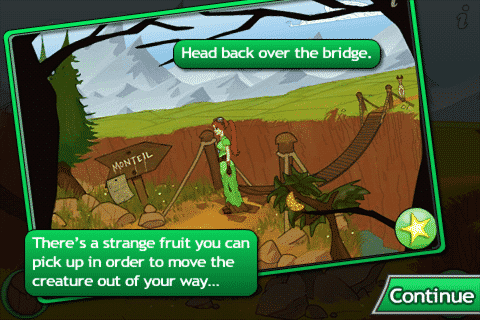 Most of the game is comprised of dialogue trees — all of which appear on the screen as text instead of heard audibly (this is an iPhone game, after all) — where you’re presented with two to four options and must choose what to say. Even though choice is at the heart of the game, as with most adventure games this is merely an illusion, as selecting the wrong option will ultimately lead you back to the right one in the end. There’s no scoring system, so there’s no real incentive for picking the right option. Aside from getting to enjoy more of the game’s charming dialogue. Sure, some of it comes across as if the writer’s trying too hard, but there’s a lot of genuinely witty lines in the game. 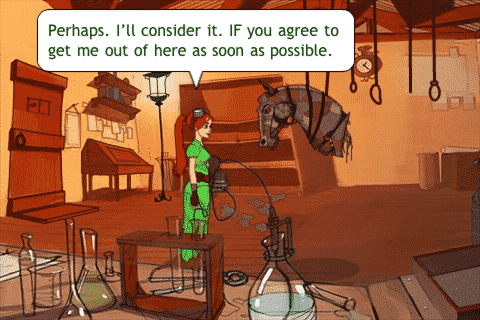 One thing that surprised me greatly was how much of a potty mouth the game has, particularly for something so cartoonish in design. The look and feel of the game might fool parents into thinking this is an all-ages title, but it’s definitely not. Four-letter words are thrown around in nearly every conversation, though they never reach the level of an F-bomb. 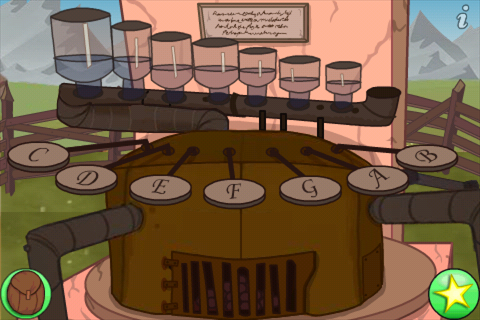 I’d say the game offers about two hours of gameplay, maximum. And since it’s subtitled “Scarlett Adventures Episode 1,” don’t expect much in the way of closure. There’s a sense of having accomplished an important goal at the end, but you’re left with a lot of unanswered questions (which will no doubt be answered in future installments). 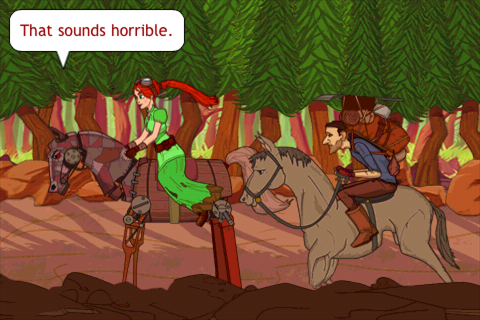 Scarlett & the Spark of Life shows a lot of promise, and I’m very interested in seeing were the series goes in the future. For now, this first installment is a worthy buy for any adventure gamer.