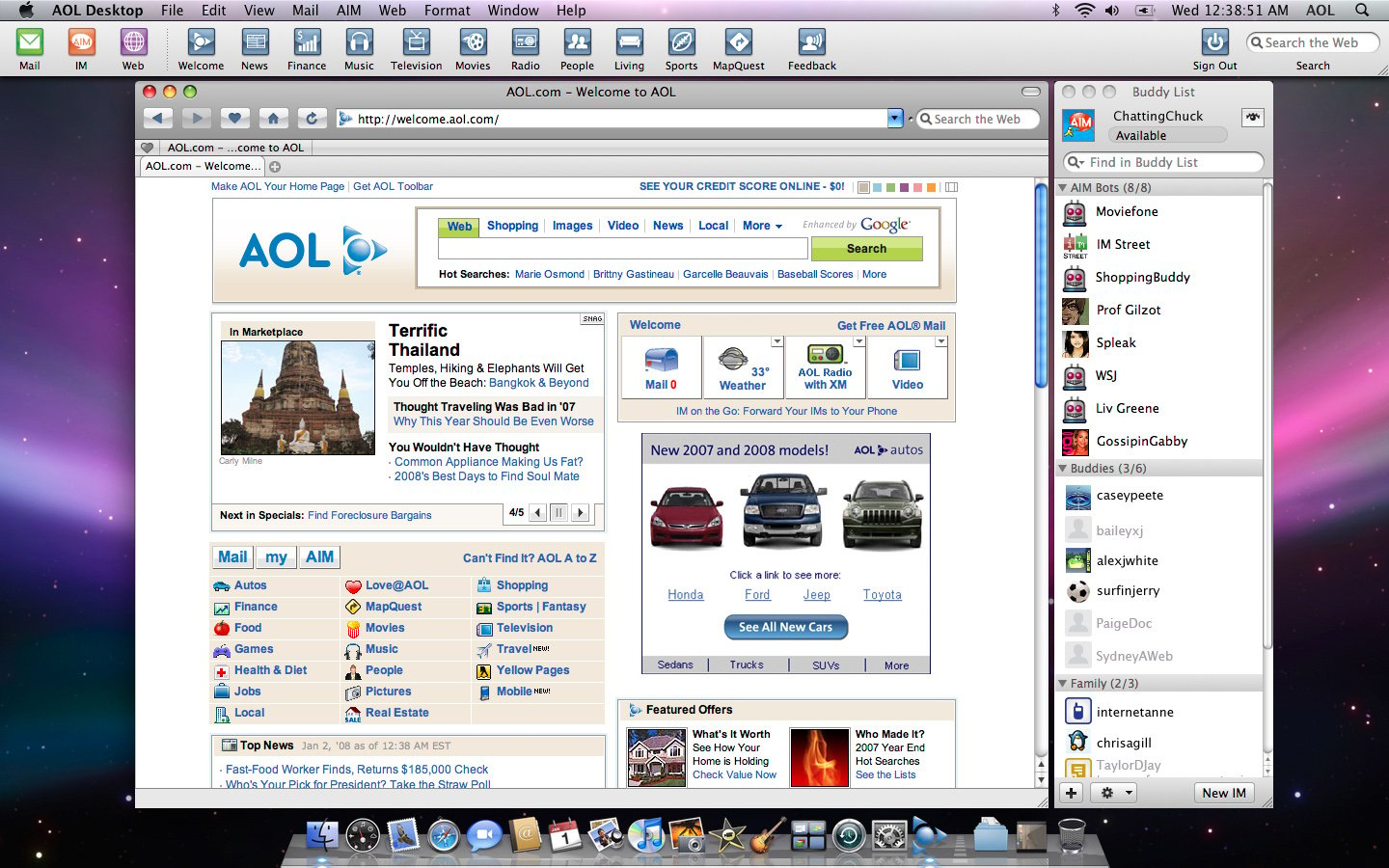 I have to commend the team at AOL that have developed the new AOL Desktop for Mac. They have created an interesting all-in-one mail, messaging, and browsing experienced that is clearly been well thought out, and designed specifically for a great Mac experience.

The new AOL Web Bowser, which is based on Webkit and looks very similar to Safari, is the fastest browser I’ve ever used on my Mac. It beat out Safari and Firefox in tests on my Macbook Pro. I was shocked – to say the least.

The new Mail App looks very much like Apple Mail (with the notable exception of an extremely annoying banner ad at the bottom of the application.) It’s easy to use, and efficient. I won’t be switching to an AOL email account anytime soon because I have .Mac – but if you’re a current AOL user, or looking for a more desktop like experience with a web-based email address, you may want to give it a look.

The new AOL Messenger is a vast improvement. The last version of AIM on Mac that I tried was a jumbled mess that I couldn’t even use because of the constant advertising bombardment on it, but this new version is slick, lean, and has nice features like tabbed chat that make it very useable and friendly.

The software will work with Tiger or Leopard, and both Intel and PPC Macs. Its free, and a must-have for current AOL users. New users may want to give it a try as well. I was surprised by how much I liked it.

If you ever want to chat, you can find me under my AIM ID – applegazette

You can download the new AOL Desktop for Mac right here.