by Robin Parrish 11 years ago3 months ago 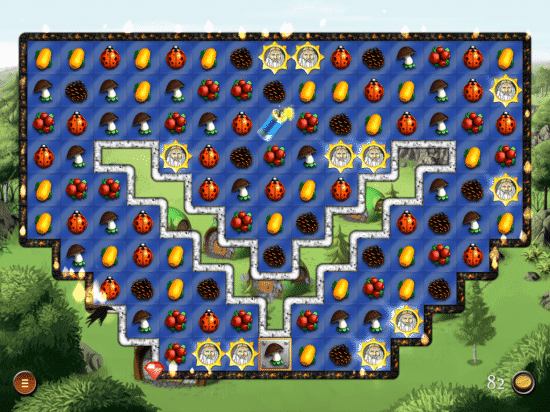 I’ve reviewed a lot of match-3 games. A whole lot. The iTunes App Store is littered with ’em. So the last thing I was hoping for when I openedÂ Heroes of Kalevala was yet another game of matching three same-colored tiles, jewels, or what have you.Â But three days later, I’m still filling every spare moment by matching those darn tiles. I’ll admit it: I’m hopelessly addicted to Heroes of Kalevala. 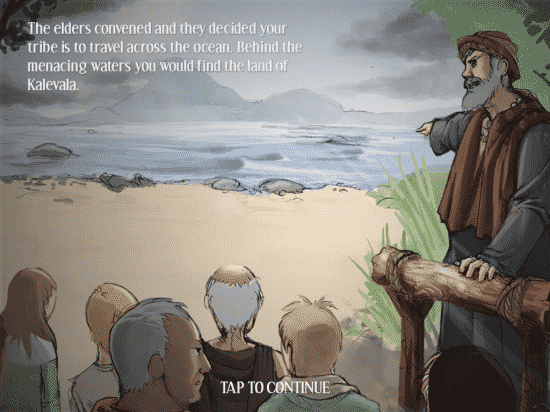 Kalevala offers a compelling hybrid of gameplay that mixes top-notch match-3 puzzles with scaled-down village-building, a la Sim City. There are four primitive villages to unlock and fill with buildings, residents, foliage, and assorted landmarks. Each of these gives your village new capabilities and new features that you can use to grow your small town. For each village, you’re presented with a different landscape that’s essentially a blank canvas that you can fill however you wish. Place buildings, flowers, and trees anywhere you want, and watch your villagers populate the town. These villagers are outdoorsy types, so trees typically make villagers happier than other items. I’m not sure what the incentive is to keep your residents happy, but in my play-through, I dutifully followed their whims and found it surprisingly enjoyable. 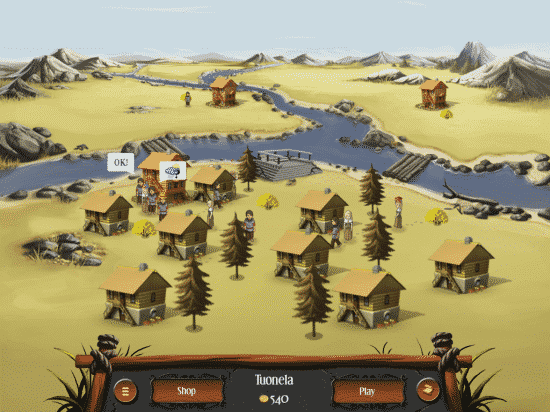 Completing one of the match-3 puzzles contributes money to your bank, and reachingÂ occasional specific dollar amounts gives you access to new goods for your village. This simple notion of success-and-reward may be the true secret of Kalevala‘s success: there are tangible rewards for completing levels, which effortlessly kept me coming back for more. 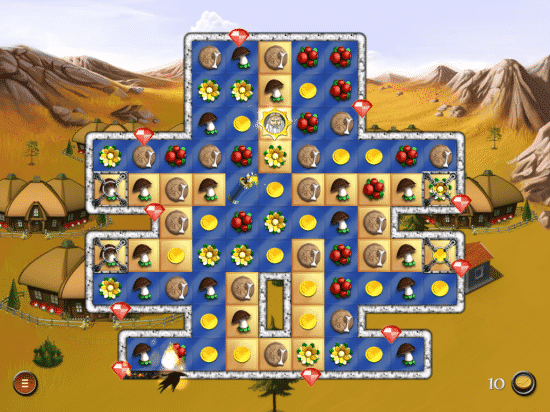 The puzzles themselves offer somethingÂ genuinelyÂ new to the match-3 genre, sporting gorgeous HD graphics and realistic physics like no other match-3 game I’ve played. When you eliminate a tile, instead of a new one magically appearing in its place, gravity pulls the tiles above it down, or even diagonally if there’s an obstacle directly above. Ice, chains, and stones are more difficult to clear, particularly the tar tiles, which start to spread to surrounding tiles after a few minutes. There are also the usual bombs-for-4-or-5-tile-matches that are common to match-3 games. But everything about these puzzles is so well thought out that those tried-and-true game mechanics feel fresh. 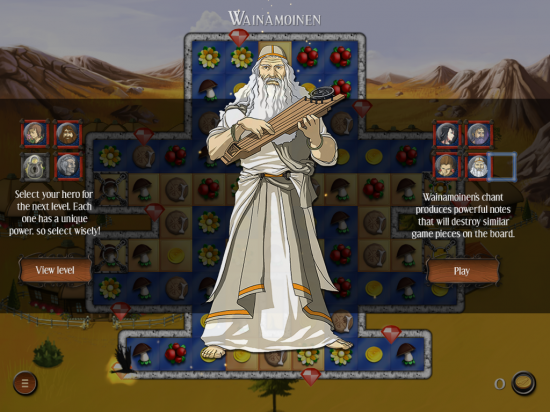 There are 140 total puzzles, and they increase in difficulty as you go, so you’ll be playing the game for days. (You can keep going forever after the initial set, if you wish, but puzzle #140 is where the game is complete.) The game foregoes the traditional timer, and instead represents the time you have left to solve a puzzle visually, in the form of a bird that flies around the border of the puzzle, burning it as it goes. When the bird gets back to where it started, time’s up. The finely-tuned difficulty of the puzzles is another ace in the hole for Kalevala, because these game boards unfailingly sit cozy in the sweet spot between “too easy” and “too hard.” Goldilocks would be in heaven. Even being defeated by a puzzle is fun because you never feel like throwing up your hands in defeat or frustration; you always know you’re being presented with a challenge you will eventually solve. 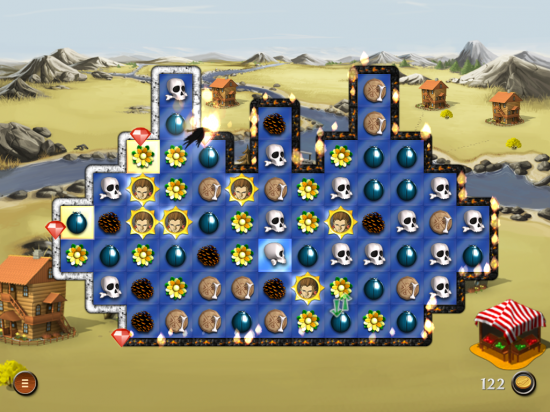 There’s a bit of a story regarding the villagers settling in a new land, and it’s beautifully presented with lovely drawings and voiceover narration by a familiar-sounding voice that’s perfectly suited to telling stories of fantasy or history. Along the way, some of the unlockables you’ll encounter are the titular heroes, who take the form of various demigods of the natural world. Match their tiles in the puzzles, and they’ll use their powers to help you clear more of the board faster. These are nothing more than fancy power-ups, but they’re very well implemented. One of these heroes, for example, controls the oceans, and will raise water levels below the puzzle so that they wash up and clear away entire rows of tiles at a time. Other heroes grow vines, bring lightning strikes, or even raise the dead to crawl up from the underworld and snatch tiles. 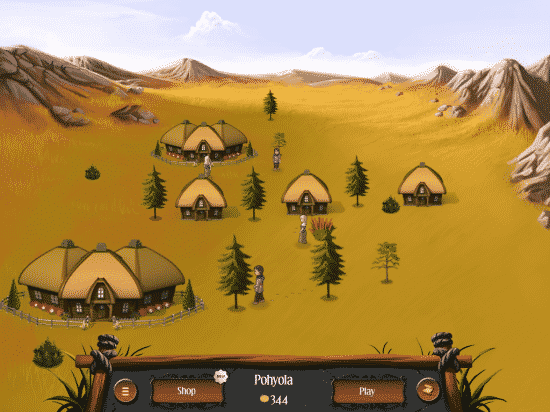 A tremendous attention to detail went into Heroes of Kalevala‘s construction, along with a lot of love, and thanks to the nearly endless hours of genuinely fun, challenging gameplay, it’s a steal at $4.99. This one gets my very highest recommendation, especially for puzzle fans.